When Barnes & Noble announced a couple weeks ago that they were turning off their mp3 audiobook section, they justified the move by saying that they “were not satisfied that the digital audio book customer experience”, and that they committed to their physical audiobook business. They’re not the only ones.

According to Nielsen Market Research, physical audiobooks still make up a sizable share of the audiobook market. Audible might get all the attention with their dominance of downloadable audiobooks,  but stores like Barnes & Noble’s bookstores accounted for 21% of the audiobooks sold in 2013.

What’s more, that figure is on the rise. Nielsen BookScan reported that sales of physical audiobooks were up 6% through the first five months of 2014 compared to the same period last year. (In comparison, the AAP reported downloadable audiobooks were up 18.6% in 2013, to $132 million.)

Booksellers say that the prime selling season for physical audiobooks are the year-end holidays, Father’s Day, and the summer vacation season, and those who are reporting the strongest sales are the biggest fans of physical audiobooks. For example, Elaine Petrocelli, co-owner of Book Passage in Corte Madera, California, often listens to audiobooks on trips to Lake Tahoe. “There’s something about the CDs that I still like,” she said. Petrocelli makes an effort to hand-sell nonfiction titles read by the author, such as David Sedaris’s Let’s Explore Diabetes with Owls and Malcolm Gladwell’s David and Goliath, and she also takes care to offer audiobooks in addition to print books at author events. 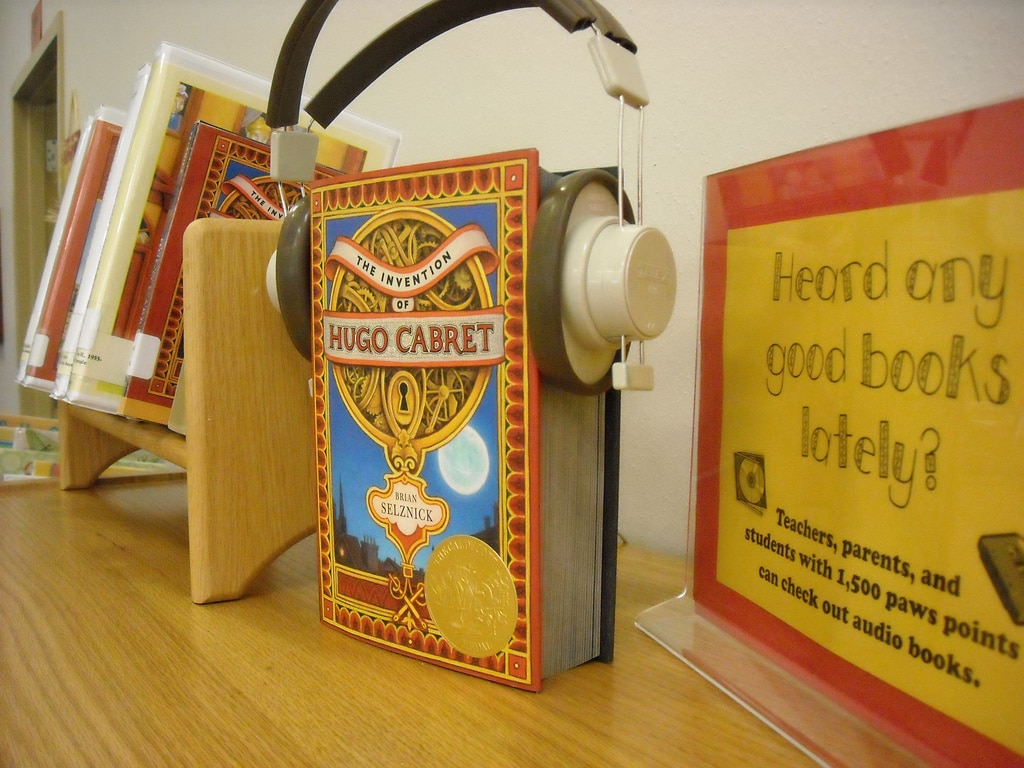 Jack McKeown, co-owner of Books & Books Westhampton Beach on Long Island, NY, has also been boosting audiobooks since the store opened in 2010. Their audiobook section gets prime floor space: two front-of-store racks, and that will grow later this summer as they convert out shelf space formerly reserved for music CDs and DVDs. “Our audiobook business has been increasing in single digits over the last 12 months,” said McKeown. “But we expect that figure to rise substantially when we offer a broader selection and more front-of-store display.”

Barnes & Noble is also “fully committed to the physical audio book business”; my local B&N has an audio section which is now nearly as large as the space still devoted to print books.

And booksellers aren’t the only ones who know physical audiobooks are here to stay; even Amazon is taking that category seriously. In May of last year Amazon launched new best-seller lists which combined downloadable and physical audiobooks in certain markets. Curiously enough, that does not include Amazon.com, which is a shame because it prevents us from learning which format is selling better.

Amazon’s audiobook best seller lists for the UK and Germany, for example, show that downloadable audiobooks are trouncing books on CD. While that could be a sign of digital being more popular, it might also reflect that Amazon’s own Audible is the leading seller and distributor of digital audiobooks.

Given that the AAP has indicated that (among US publishers) physical audiobooks are about half as large of a market as downloadable audiobooks, Audible’s dominant share is probably going to skew Amazon’s lists.