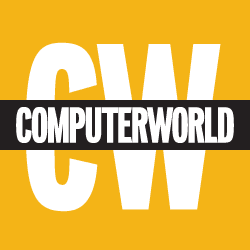 In a time when print circulation is dropping and ad revenue is falling, Computerworld announced on Thursday that they were abandoning their print edition.

On June 23, we will publish the last print issue of Computerworld.

It was 47 years ago, almost to the day, that Computerworld‘s very first issue rolled off the presses: June 21, 1967. The newspaper’s first publisher was the late Patrick J. McGovern, who was the founder and chairman of International Data Group (IDG), Computerworld‘s parent company.

It’s sad to lose anything that has endured so long. But we are merely taking part in the natural evolution of the media industry, like so many great publications before us. Trains, after all, were once powered by coal and steam; Computerworld is moving from paper to electrons.

The publication will switch to an online-only edition. They plan to revamp the website and relaunch later this year, at which time they will have to compete on equal footing with successful tech blogs, indie gadget blogs, including some owned by powerhouses like AOL.

I don’t have high hopes for their longterm success. Many print magazines have lost  a lot of their advertising revenues over the past decade, and many have long decided to shutter their print editions.  To make matters worse, Computerworld has consistently dropped the ball when it comes to their mobile apps. They allowed their vendors to launch iOS and Android apps, but never followed through with releasing improved apps developed internally, nor have they put much effort into promoting their mobile apps.

The Computerworld app only has 16 reviews in iTunes, and 5 reviews in Google Play. The average rating for both app stores is 2 and a half stars, and Google Play says that fewer than 5,000 copies of the Android app are in use.

In comparison, the  Engadget Android app has around 30,000 reviews and between a million and 5 million users. And while these two sites have different audiences, the first rule of the web is eyeballs equals dollars. Computerworld doesn’t have the eyeballs, and that could be their undoing.