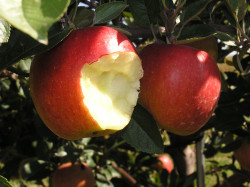 Last week US publishers demonstrated that old adage that insanity is doing the same thing over again and expecting a different result.

Publishers Weekly reports that the agency publishers which were part of the 2010 price fixing conspiracy and then settled the antitrust lawsuit out of court are once again objecting to the agreement between Apple and the DOJ.

As you may recall, the 5 publishers settled and agreed to give up retail price maintenance for a period of two years. Apple fought this case in court and lost, and received harsher penalties including staggered negotiations with the 5 major US trade publishers which prevent Apple from renegotiating contracts with two or more publishers at once.

Lawyers from two of the 5 publishers were back n court last week, objecting to the terms of Apple’s settlement. In appeals filed last week, lawyers for Macmillan and S&S argue that Judge Denise Cote’s 2013 final order against Apple made it virtually impossible for the publishers to successfully negotiate new agency model contracts which included retail price maintenance.

With Apple blocked from adopting retail price maintenance, Amazon will be able to keep control of the retail price. And with only a single publisher negotiating a new contract with Apple at any one time, there won’t be enough pressure on Amazon to force the retailer to knuckle under.

The publishers argue that this restriction illegally alters the terms of their settlements.

“The parties bargained for (and the district court approved) a two-year cooling-off period” reads a brief filed by S&S attorneys last week with the Second Circuit. However, the brief continues, S&S must “now wait four years, instead of two, to negotiate discount restrictions with at least one key retailer. And if other retailers insist on the same pricing discretion that [the Apple injunction] bestows on Apple—as Plaintiffs intended—the extension will apply across all of Simon & Schuster’s accounts.”

The publishers are effectively arguing from the position of companies which were caught breaking the rules, apologized and got a slap on the wrist, and then object to the lone holdout getting a harsher punishment. It is that simple.

Of course, anyone who follows publishing news already figured that out; this has come up before.

Last year the publishers objected to the proposed terms of Apple’s settlement. In August 2013 they raised much the same objections as they made last week, saying that Apple’s settlement would “effectively eliminate the use of the agency model” for five years with Apple. The arguments didn’t work last year, and something tells me they won’t work this time around. But that didn’t stop the publishers from trying.