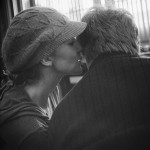 The Wall Street Journal scored a scoop last night in the ongoing Amazon-Hachette contract dispute – or so they would have you believe.

In what the WSJ describes as an Amazon exec defending its actions against Amazon, Kindle VP Russ Grandinetti largely reiterated the statement Amazon had already released over a month ago:

Amazon has been criticized for its negotiating tactics, including attacks from some Hachette authors whose careers have benefited from Amazon sales.

But in an interview, Russ Grandinetti, Amazon’s senior vice president of Kindle content, indicated the retailer was willing to suffer some damage to its reputation and was simply doing what is “in the long-term interest of our customers.”

“This discussion is all about e-book pricing,” he said. “The terms under which we trade will determine how good the prices are that we can offer consumers.”

Grandinetti was commenting on an ongoing contract dispute between Amazon and Lagardère, the French media conglomerate. Amazon is fighting with Hachette Book Group, Lagardère ‘s US subsidiary, over a new distribution contract. No one knows exactly why the retailer and publisher are at odds, but unconfirmed leaks from Hachette have indicated that that Amazon wants increased co-op fees, and possibly better terms on ebook sales. It would seem the latter has been confirmed by Grandinetti.

You’re welcome to read the article if you like, but Grandinetti really doesn’t say much more than what I have quoted above. And aside from the mention of ebooks, there’s very little which is new. There are a few factual statements like the following, but little actual defense from Grandinetti.

Mr. Grandinetti pushed back on the notion that Amazon is a goliath battling small players, observing that almost all of the major publishers are “part of much larger media conglomerates.”

The rest of the article is really just filler that has little to do with the headline other than providing context. It’s a good read but the headline is still highly misleading.

All in all, I continue to be impressed by Amazon’s ability to stay on focus and leak as little as possible. When I first read the WSJ headline, I was shocked that someone had broken ranks and actually talked about what Amazon is really doing. Amazon didn’t even send a spokesperson to the debate hosted by the NYPL last night, which made the WSJ interview doubly surprising.

But now it is obvious that what is really going on here is that the WSJ is not above using a clickbait headline.

Don’t get me wrong, I too would like to know what Amazon really thinks and their true motives, but at this point we still don’t really know what that is.