Aldi is going to start selling there first smartphone in the UK and Ireland later this week.

The international grocery store chain Aldi has been carrying a house line of electronics for a decade now, and in that time they’ve offered computers, cameras, TVs, tablets and even ereaders (in 2010 and 2012), and later this week they’ll be releasing the Medion Life E4001 smartphone for £79.99.

Initially released in Germany last fall, the E4001  features a 4″ WVGA display (800 x 480). It runs Android 4.0 Ice Cream Sandwich on an unnamed 1GHz dual-core CPU with 512MB RAM, 4GB internal storage, and a 4GB microSD card. It has a 2MP camera, Wifi, Bluetooth, and GPS, and its 1.3Ah battery is reportedly good for up to 3 hours of talk time.

It’s really not much of a smartphone, but that should come as no surprise. The Life E4001 was developed (or rebranded – it’s not clear) by Medion, a Lenovo subsidiary. Medion has a reputation for cheap and junky gadgets. I’ve been seeing various unimpressive devices show up at Aldi stores here in the US for about a decade now, including an Android tablet which I reviewed last fall.

I haven’t put my hands on the E4001 smartphone, but if I were to judge it based on the Medion e7312 tablet  then I definitely wouldn’t buy it. Medion strikes me as the type of company that releases devices which are just barely good enough that most people don’t complain. 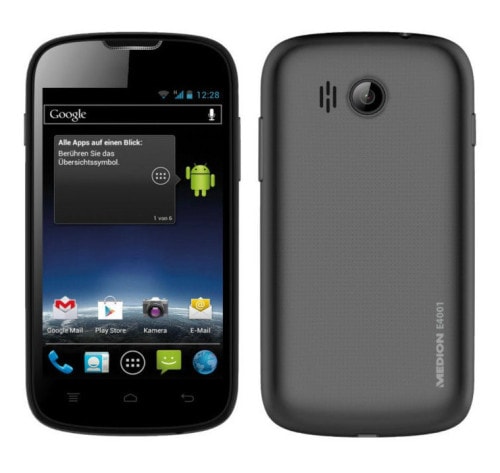 This smartphone isn’t available in the US yet, but when it is I expect that there will be many other alternative unlocked smartphones at similar price points. The Motorola Moto E, for example, only costs a few pounds more than the Life E4001 in the UK, and it sports a larger screen, a better CPU, more RAM, a better camera, and a newer version of Android.

The Moto E retails in the US for $129 on Amazon. It’s not the cheapest smartphone; Samsung has a budget model and so do other manufacturers and importers. But it does set a par for the course – one which the Life E4001 can’t match.

Between budget brands, refurbished units, and last year’s models, there is an excess of pocketable ereading devices to choose from – and that’s just counting smartphones. If we throw in 7″ tablets (hey, they fit in my pockets) then the selection almost doubles.

When it comes to ereading devices, I think one can do better than the Life E4001.