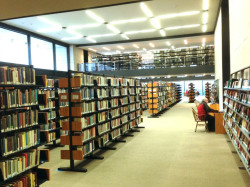 The Wall Street Journal has joined the chorus of voices comparing public libraries to subscription ebook services, and unfortunately its comparison is almost as false as the suggestion published by Forbes that libraries be replaced by Kindle Unlimited subscriptions.

But it turns out librarians haven’t just been sitting around shushing people while the Internet drove them into irrelevance. More than 90% of American public libraries have amassed e-book collections you can read on your iPad, and often even on a Kindle. You don’t have to walk into a branch or risk an overdue fine. And they’re totally free.

Though you still have to deal with due dates, hold lists and occasionally clumsy software, libraries, at least for now, have one killer feature that the others don’t: e-books you actually want to read.

The subscription companies say their services are designed to let you try more books without the barrier of committing to buy. But none of these services yet feel as complete as Spotify, the $10-per-month all-you-can-eat music streaming service I used to explore the latest Miley Cyrus album without the regret of buying it.

There was a spate of articles like this when Kindle Unlimited launched last month, and like Fowler’s piece several were tripped up on a key misunderstanding. Those pieces incorrectly assumed that public libraries were just warehouses for books. Like Fowler, those writers didn’t consider just how many services a public library offers.

To be fair, Fowler didn’t disparage libraries and and he did focus on just a single service public libraries offer, so let’s not ding him for missing the importance of unrelated services like resume assistance, community rooms, social activities, etc (which were barely mentioned in the second to last paragraph).

Even so, Fowler still missed the point that public libraries offer a lot of tech support services that Amazon, Oyster, and Scribd simply cannot provide.

For example, Amazon et al can’t lend you a PC with an internet connection to browse their catalogs. But public libraries can; 98% of US libraries offer free Wifi and internet access.

Amazon et al can’t offer you a way to simply walk up to a staffer and ask them to teach you how to use your new gadget. Sure, Amazon will talk you through using Kindle hardware but it will have to be over the phone. On the other hand, virtually all (98%) public libraries in the US offer tech training.

There’s more to reading ebooks than simply acquiring and loading them, and so long as users need tech support public libraries won’t just win any contest – they’ll blow their competition out of the water.