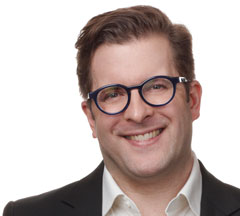 As a small ebook company competing in a market against 3 giant tech companies (Amazon, Apple, and Google), Kobo has had to be nimble and focus on areas where the big guys aren’t investing any time or money.

In an interview with the Telegraph, Kobo president and chief content officer Michael Tamblyn, explained why this small Toronto-based ebook company has released not one but two premium devices, including last year’s Aura HD and the Aura H2O which was announced yesterday.

“We look at Aura HD as being similar to that music fan who has just bought a £170 set of headphones,” he said. “It’s a case of, here is this thing that I love more than anything else, how can I make sure it’s as good as it can possibly be?”

The Aura HD, which launched last year, is indeed a premium device. It sports a 6.8″ display with a screen resolution which is unmatched among ereaders. When it launched last year, the unexpectedly tapped into a market segment which even Kobo underestimated. While they expected that the Aura HD make up 5% of sales, it soon accounted for 25% of hardware sales.

“People who are especially passionate about a particular segment of media are willing to invest in the best possible experience of that media. So someone who is passionate about music will have invested in the best set of headphones they can possibly get,” Tamblyn  said.

In retrospect it makes sense, but given the general decline in ereader sales over the past few years, releasing a premium device was a gamble –  one which B&N may have passed on. There were rumors last year that Kobo swooped in and took advantage of Barnes & Noble cancelling a 6.8″ Nook. That rumor was never confirmed, but after I held the Aura HD I thought it was true.

In fact, one might conclude from Kobo’s calling the Aura HD a “limited edition” when it launched that not even Kobo was certain that it would prove popular enough to keep it in production

But clearly Kobo has identified a market segment that wasn’t being addressed by their competitor. “Our most valuable customers are people who read on both an e-ink device and on a third party device that they also own. The e-ink device is what they have by the bedside, but they’ll also pull a smartphone out when they’re waiting in a line at the bank, and open up an app that picks up at the same point that they set it down at home.”