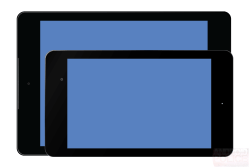 Rumors have been circulating for most of the summer that Google planned to release a new and larger Nexus tablet, and thanks to Nvidia we know those rumors are true.

Nvidia is embroiled in a lawsuit with Qualcomm at the moment, and they let a couple important details slip in a legal filing. According to the filing, which you can find screenshotted at the end of the post, the Nexus 9 tablet will be made by HTC, and it will have an Nvidia Tegra K1 CPU.

This matches closely with rumors from earlier this month when anonymous tweeter @upleaks revealed that the HzTC T1, aka the Nexus 9, would be available in Wifi and LTE models. He also said that this tablet would have a keyboard case, which thanks to Android Police we now know to be true.

No one knows when this tablet will ship, but the leaks from early in the summer have suggested that  it will feature an 8.9″, 2048 x 1440 resolution display with  2GB RAM, 16GB internal storage, front-facing speakers, and a pair of cameras (3MP and 8MP).

That’s going to make the Nexus 9 a larger version of the $299 Nvidia Shield tablet. In fact, given the similarities in screen sizes (8″ Shield tablet vs 9″ Nexus 9) they could will be direct competitors.

I would hope that comes true; more competition means lower prices for consumers.