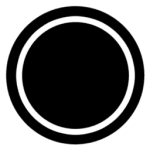 When the alternative blog platform Svbtle launched in 2011, it followed the big boys (WordPress, Tumblr, and Blogger) and offered a free service.  Svbtle was invite only back then, but even after it opened up to the public earlier this year the service was still free.

That changed today. TNW reports that Svbtle is now charging bloggers $6 a month for the service. Existing users can still post for free, but any new users will have to pay.

In exchange for the monthly fee, the new users will have the option of setting a custom domain, and they’ll also have access to at least a few features which existing paid users don’t have, including email subscriptions.

I haven’t used Svbtle myself, but I have been following it distantly. According to its creator, Svbtle was launched in response to existing platforms which “become too complicated by focusing on the wrong things”. Svbtle was developed with the goal of focusing on what was really important:

Svbtle is designed to highlight the things that matter; it’s an extremely simple platform for collecting and developing ideas, sharing them with the world, and reading them. That’s it. We’ve focused all of our energy into designing the simplest interface possible for accomplishing these goals. Svbtle is blogging with everything else stripped away.

I’ve never used Svbtle, but he could well be right. One thing I’ve noticed after using WordPress for nearly 5 years is that it’s really not all that useful at developing a blog post. The interface is too complicated, too complex, and too busy for that, and as a result most of my posts come from ideas, concepts, and thoughts tesseracting around inside my own head (as opposed to typing them and letting them go from mind to screen to mind again).

I have only found WordPress useful at getting an idea down, not developing it, so I can see the appeal of a platform like Svbtle.

I don’t cover this enough on this blog, but over the past few years we’ve seen multiple new niche blog platforms launch, almost as if we were in the beginnings of a renaissance (or bubble, of you prefer the pessimistic view). In addition to Svbtle, there’s also Medium (which is both a publisher and a platform), PostHaven, Ghost, and a bunch more which I am only just learning about today.

Have you used one of these platforms? I’d love to read what you think.