A relatively new digital publishing trade group in France is making a name for itself this week. Le Groupement pour le développement de la Lecture Numérique, or GLN for short, has released the results of a two month long study of Scribd.

Much to no one’s surprise, GLN discovered that the cloud storage service was hosting pirated ebooks. They report, via Actualitte, that they found 400 titles from French authors which had not been uploaded or licensed by the author or publisher.

Pardon me for being underwhelmed by this story, but all cloud storage services have this issue, and Scribd in particular has a bad name in the publishing industry. They have a history of hosting pirated ebooks, and even though Scribd has taken steps to limit the piracy this is a problem which I don’t see going away any time soon – not without shutting down the service entirely. 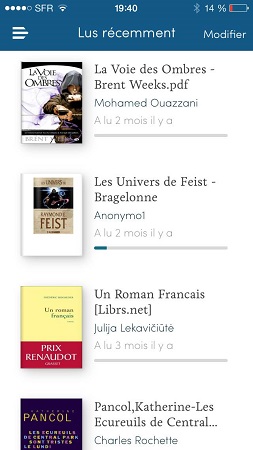 And since we can’t make the problem go away, GLN is advising that authors search for their work on Scribd and pursue the usual steps to get it taken down.

In the US that would involve sending a formal DMCA complaint, which should probably also be a workable option for French authors (Scribd is a US company after all).

For some reason GLN doesn’t advise that authors send a DMCA; instead they have detailed a series of steps an author should take. In short, they involve complaining to Scribd, and should that not work expanding the  email blast to include Google, Apple, and Scribd (this threatens the Scribd apps for Android and iOS).

Google has removed ebook apps in response to similar DMCA notices before, so this move will definitely get Scribd’s attention, but if it does not then GLN advises that an author pursue legal action.

Is anyone else puzzled why this group is not advising authors on how to send a DMCA notice?

I would think that would be a basic skill they would want to promote. Many sites are hosted in or do business in the US, and I was under the impression that most are prepared to accept a DMCA notice; that is for example how you get links removed from the Google search results (even the European branches of Google).

I do wonder about a group that advises using Apple to threaten Scribd rather than first suggesting a simpler alternative like a DMCA notice.