The topic of Amazon and monopoly power is frequently on the lips of Amazon’s detractors. Unfortunately for them, Amazon doesn’t have a monopoly in the traditional sense. In fact, I wouldn’t say Amazon has a monopoly at all – not unless you used a metric other than sheer economic might.

I was reminded of that point earlier today when I was reading a recent piece in The Seattle Times. Jay Greene joined the fray, writing about the recent calls for antitrust action against Amazon:

But proving Amazon is a monopoly, let alone an abusive one, wouldn’t be easy. In legal terms, the word monopoly relates to a company’s ability to control a defined market because of a lack of competition. While there’s not a specific market-share number that defines a monopoly, the threshold is typically quite high.

I don’t think Amazon has a monopoly, not in either the legal sense nor even in terms of the dictionary definition.

But as I was reading that article, I realized that you could make an allegorical argument of sorts: that Amazon did have a monopoly on customers. Matt Blind made that kind of argument last week on his blog Rocket Bomber:

Amazon has a monopoly — but their monopoly power is not a stranglehold on books.

And now you’re about to object to my stark declaration, for obvious reasons: that’s not the way markets work. Customers are the free-est of free agents, and no one (except the government) can force you to spend money if you don’t want to. Companies don’t own customers, they are earned through competitive pricing and excellent customer service.

Amazon might have a monopoly in some metaphorical sense, but it is a most fickle one which can evaporate faster than you can say blue light special. Or at least that is true for most products; books are a special case.

Matt would argue that Amazon’s monopoly in books comes not from sales or offering great customer service but from the ecosystem which Amazon has built around books:

You could leave Amazon. Indeed, to prove some snarky blogger wrong, you could likely go to your shelf (or lean over and pick one off the table) and hold up a book and say, “See this? This book I bought in a store! I didn’t get it from Amazon. …”

Of course. But, he asked with a smile and a glint in his eye, did you find out about that book (or discover the author) through Amazon? Or maybe Goodreads?

In short, if Amazon does have a monopoly it comes not from sales but from their lateral expansion into related noncommercial activities like book recommendations and the like.

I don’t know, but it does bring an interesting new argument to the calls for antitrust action. Do you suppose that Amazon’s detractors should turn their attention from crying foul over Amazon’s economic might to instead call for Amazon to be broken up a la AT&T? 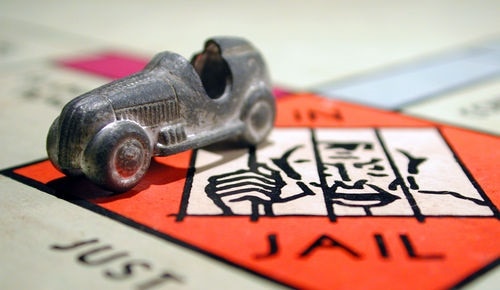 AT&T is a good example of a monopoly that was tacitly allowed to continue to exist even though it was an obvious monopoly. That ended in the early 1980s, leading to AT&T fragmenting into multiple local phone companies, a long distance phone company, and research labs.

The subsequent surge in innovation in telecommunication technology could be used as an argument in favor of breaking up even a beneficial monopoly like Amazon. Wouldn’t you like to see a similar surge in the redevelopment of the book industry?

Oh, wait, that’s right; Amazon is already forcing the industry to innovate and try to keep up (it’s one of the reasons Amazon is so hated). Amazon is a classic example of a company using disruptive innovations to build their market share.

I guess we’ll need to hold this argument in reserve for 10 years down the road, when Amazon has stopped growing.

Assuming, that is, that Amazon is still on top in 10 years. I am not willing to assume that will happen.