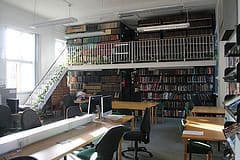 Earlier today the UK Publishers Association released a 6 month status report on the small scale library ebook lending project which had been carried on in the UK for the past 8 months. If the report is to be believed, ebook loans don’t affect the lending rate for paper books, and they also don’t drive sales *.

I wouldn’t be so sure about that last point.

As I reported in March, 4 local libraries in the UK were selected to participate in a pilot which was going to test the impact of library ebook loans on the market for paper books and ebooks. A total of 893 ebook titles (rather than the planned 1,000 titles) were contributed for the pilot by UK publishers. That’s a larger number than it appears to American eyes; the library ebook market in the UK is much more anemic than in the US.

There are some interesting conclusions here, but did you catch what was missing from the publicly available information?

For one thing, a list of titles included in the pilot, and a list of the stores which were available via the libraries’ websites. There was also no mention on the possible effect that the library ebook loans may have had on sales in ebookstores elsewhere.

While I do agree that measuring the impact of library ebook loans is important, you can’t do that without at least trying to survey the entire ebook market. That was not discussed in the status report, and thus the report is incomplete.

Another problem this report is that it says that there was no evidence of ebook lending leading to buying via a co-located buy button, but what the report doesn’t mention is that the pilot neglected to offer buying solutions that a library patron might actually want to use.

I checked a few dozen titles, and the only retail option offered was Kobo (about half of the titles had no buying option at all). While I am sure some of my readers like Kobo, it has been widely reported that the Kindle Store controls three-quarters of the UK ebook market. If that is even remotely true then this part of the pilot was a complete and utter waste of time. In not offering a retail option which patrons might want, the pilot might as well not have offered any retail option at all.

And that is a shame, because the concept of pushing sales through a library website is worth investigating. The idea has its upsides, including pleasing publishers, supporting libraries via a commission, and satisfying frustrated patrons, but unfortunately I have yet to see a valid test of the idea.

As I reported last week, OverDrive isn’t adequately supporting the option here in the US. Of the 5 S&S titles in my local library, three only offered a single retail option, and that was a site I had never heard of.

And now it is clear that they are not adequately supporting it in the UK, either.