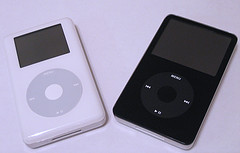 Along with the upcoming appeal in the ebook price-fixing antitrust suit, Apple is currently embroiled in a decade old lawsuit about iPods and Apple’s possible misdeeds in maintaining their dominance of the music market.

I’ve only been following that story at a distance, but yesterday a story crossed my desk which deserved a comment. The WSJ is covering the trial and they ran a story with the clickbaity headline that Apple was deleting songs from users’ iPods:

Apple deleted music that some iPod owners had downloaded from competing music services from 2007 to 2009 without telling users, attorneys for consumers told jurors in a class-action antitrust suit against Apple Wednesday.

“You guys decided to give them the worst possible experience and blow up” a user’s music library, attorney Patrick Coughlin said in U.S. District Court in Oakland, Calif.

When a user who had downloaded music from a rival service tried to sync an iPod to the user’s iTunes library, Apple would display an error message and instruct the user to restore the factory settings, Coughlin said. When the user restored the settings, the music from rival services would disappear, he said.

While I don’t dispute the fact that files were deleted, to frame this event in terms of Apple deleting the files is simply nonsense. It’s not true in a technical sense and it is not even a vaguely accurate description of Apple’s actions. 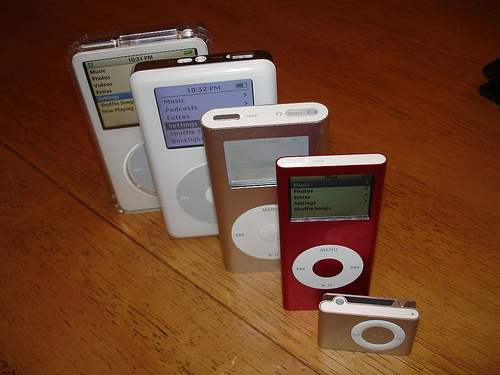 Let me give you an example to explain the context better.

When Amazon went into users’ Kindles and removed a copy of 1984, that was an act which was best described as deleting a file.  Apple, on the other hand, merely forced users to perform a factory reset (and it’s not clear how much pressure was applied).

Were files deleted in the factory reset? Yes, but that is exactly what is supposed to happen when you reset a device to factory settings.

I’ve been providing tech support on this blog for I don’t know how many years, and I’ve owned gadgets for even longer. And every time I’ve performed a factory reset I have lost files when the internal storage was erased. That is SOP, folks, and to imply otherwise is simply nonsense.

Don’t get me wrong; I think Apple was being shitty when they forced the reset; it was a clearly user-hostile move and I am happy to see Apple slapped around for it. But I also would not characterize that event as “Apple deleted songs from a user’s iPod”.

That is hyperbole, and anyone who covers tech should have a good enough grasp of the technical details that they should see through the lawyer’s rhetoric.