In an unsurprising turn of events, earlier today an 8-person jury in Oakland, Calif. returned a verdict in favor of Apple, ruling that Apple was not liable for harming consumers in its use of DRM on iTunes in 2006 to 2009. From Ars Technica:

In a verdict handed down a few minutes ago in Oakland federal court, the jury found that Apple’s iTunes 7.0 constituted a genuine product improvement. That means it’s the end of the case for the plaintiffs, who represented a class of around eight million consumers, as well as iPod resellers like Best Buy and Walmart.

The jury was ordered to consider the case in a bifurcated manner, considering separate questions in turn. First, they decided whether iTunes 7.0 was a product improvement. If they had decided it was not, they would have gone on to decide whether Apple had acted anti-competitively, and assess any damages.

This is good news. Even though I side with the little guy as a matter of principle, including the consumers who were harmed in this case, Apple should have won this case.

Apple wasn’t the villain here, that is clear from the facts of the case, which are actually pretty simple. 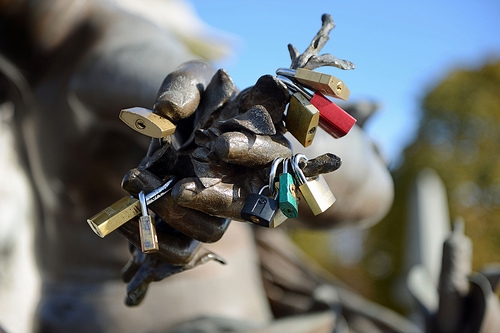 When Apple launched iTunes way back when they had to use DRM; the record labels insisted. So Apple developed their own DRM and kept it in house, never licensing it to outsiders.

Then Real Networks decided to compete with Apple. Real Networks reverse engineered iTunes DRM, hacked together its own version, and opened a competing store.

Naturally Apple responded to the hacking by breaking the hack. As a user I find that immensely irritating, but as a techie I also don’t see that the root of the problem is Apple.

This case stems not from Apple’s use of DRM but from Real Networks’ hacking of that DRM. To hold Apple liable when another company’s DRM failed would be to make them responsible for a product they did not make.

Why the lawyers didn’t sue Real Networks for selling a defective product, namely music wrapped in the hacked DRM, I will never understand. Oh, wait, Apple has deeper pockets.

And while that’s not a legal argument, it is a fair summation for the justification for suing Apple.