Yesterday’s news about the new study on sleep disruption is generating a lot of buzz. In addition to the publications like the Washington Post that missed the context and background details, there are many news sources that can’t even get the foreground details right.

August publications from the NY Daily News to the BBC misreported the story, instead writing things like:

Using an e-reader at bedtime could worsen your sleep, according to a new study in the Proceedings of the National Academy of Sciences.

Researchers from Brigham and Women’s Hospital and Harvard Medical School studied participants for two weeks and found significant differences in levels of sleep and alertness the next day depending on whether participants read a book or an e-reader before bed.

Anne-Marie Chang, now an associate professor of biobehavioral health at Pennsylvania State University, said the blue-wavelength light that devices emit causes negative effects on sleep because it impedes circadian rhythms. Chang also said that the light from e-readers going directly into people’s eyes may keep their body clocks from telling the brain that it’s really time for bed. 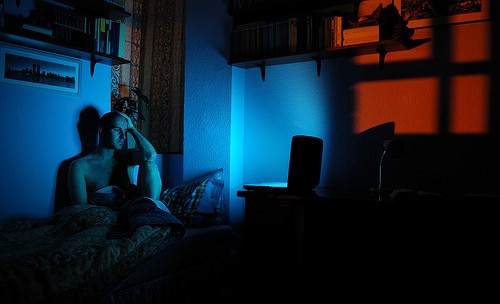 That would be worrisome news if not for the fact that the participants in the study read on an iPad, not an ereader.

To be fair, some of the regurgitated stories do go on to mention the iPad, but that doesn’t change the fact that they got large parts of the story completely wrong, or that they missed half the story.

It also doesn’t change the fact that many types of backlit screens can have a similar disruptive effect on your sleep patterns. That includes your computer monitor, smartphone, TV, tablet, laptop, and what have you.

And just to be clear, I do not know of any study which has tested whether the frontlight on the Kindle will disrupt your sleep patterns, so there is no reason to mention that word at all.

But you wouldn’t be able to tell that detail from the coverage of this study, alas.