The Yotaphone 2 is an Android smartphone with a 5″ AMOLED screen on the front and a 4.7″ E-ink screen on the back. It launched in Europe a couple months ago, and just last week it showed up at the FCC.

In addition to the double screens, this two of a kind smartphone sports all of the usual innards, including circuit boards and the hopes and dreams of its creators. 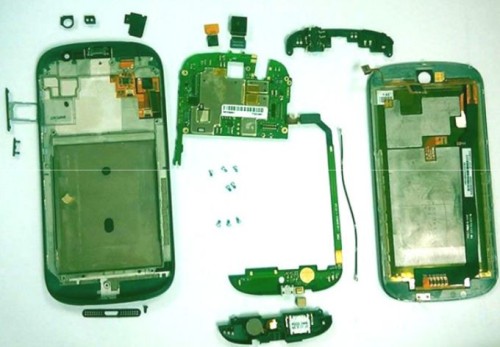 The Yotaphone 2 runs Android on a Qualcomm Snapdragon 800 CPU with 2GB RAM, 32GB internal storage, and a 2.5Ah battery.

The Yotaphone 2 launched in Europe and Russia last month with a retail price that would take your breath away. It is expected to launch in the US later this year, although Yota Devices has not set a specific launch date.