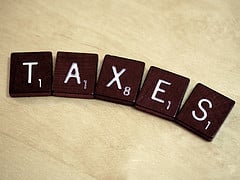 Luxembourg’s days as a money-laundering operation for corporate profits are coming to an end.

The WSJ reports that EU regulators are pursuing a case against Amazon. They allege that Amazon’s tax arrangements in Luxembourg violate EU law:

The European Commission, the bloc’s top antitrust regulator, opened a formal probe in October to examine whether a tax deal granted to Amazon in Luxembourg amounted to illegal state support for the company.

If those suspicions are confirmed, Luxembourg could be required to recover from Amazon any funds that amount to selective state subsidies, which are illegal under EU law.

The investigation is part of a wider EU clampdown on allegedly illegal tax sweeteners that has also ensnared Apple Inc. in Ireland,Fiat SpA in Luxembourg and Starbucks Corp. in the Netherlands.

The commission has said it is concerned that a 2003 tax deal granted to Amazon in Luxembourg-and still in force-effectively caps the U.S. company’s tax payments in the Grand Duchy.

The WSJ is focusing on Amazon (because clickbait) but this is actually part of a larger effort to crack down on Luxemburg and other EU countries granting special tax arrangements to specific corporations. 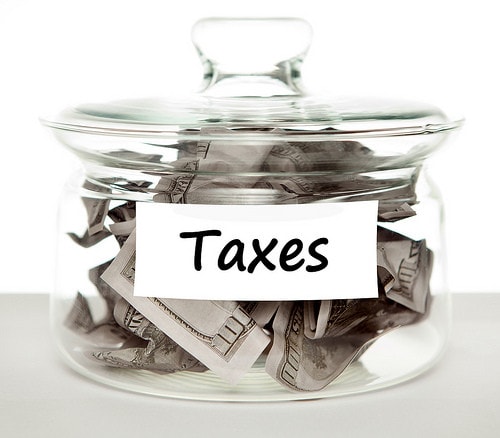 And just to be clear, we’re not talking about a multi-national corporation using one country’s tax laws to shield profits earned elsewhere; the deals in question in Luxembourg are actual sweetheart deals, with special tax rates arranged for specific companies.

Many were arranged with PricewaterhouseCoopers, one of the world’s largest accounting firms. PwC acted as an agent for the corporations and secured deals which enabled companies from all over the world, including Amazon, Apple, Ikea, Pepsi, and others, to launder their profits through Luxembourg-based subsidiaries.

And yes, I would call it laundering the profits. I don’t have details on Amazon or Apple, but take FedEx, for example:

The records show, for example, that Memphis-based FedEx Corp. set up two Luxembourg affiliates to shuffle earnings from its Mexican, French and Brazilian operations to FedEx affiliates in Hong Kong. Profits moved from Mexico to Luxembourg largely as tax-free dividends. Luxembourg agreed to tax only one quarter of 1 percent of FedEx’s non-dividend income flowing through this arrangement – leaving the remaining 99.75 percent tax-free.

It would be one thing if FedEx were using the written tax code to its advantage, but it’s an entirely different case when they get a secret backroom deal just for them.

That, my dear, smacks of corruption.  I simply cannot believe that the tax regulators granted that kind of deal without getting a kickback of some kind.it might not come in a monetary form, but there’s a kickback in their somewhere.