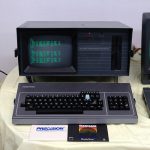 When it comes to buying laptops and other gadgets, there are any number of how to guides, suggestions, and and tips on what you should look for, how you should go about buying on, new vs refurb, etc.

There’s lots of good advice out there, but there are also a few wacky suggestions which come out of left field, including one site’s suggestion that you should not buy a laptop which is more than two years old.

In the weeks leading up to CES I was looking to buy a new laptop, and just out of curiosity I started looking for reviews of my then current Lenovo u410. I found this on the Laptop Magazine website:

You can click to enlarge the screenshot, but the key portion is the yellow box on the upper left. it says:

Editors’ Note: We generally don’t recommend laptops older than 2 years.
For our top picks, check out the Best Laptops of 2014, or answer a few simple questions in our Laptop Finder to get personalized recommendations.

While I can heartily support the second sentence, the first one is simply crazy talk.

I have any number of rules of thumb for buying a laptop, but the age of the device is not one of them. My buying criteria are based on specs, performance, price, and features, but not age, for the simple reason that laptop specs and performance have largely plateaued over the past few years.

A two-year old (or even a three-year-old) laptop running Windows 7 on a Core i5 chip is not going to be significantly less powerful than the laptop which came out last month and is running Windows 7 on a Core i5 chip. Sure, one might have better specs for the price or better performance, but there are any number of laptops coming out this year with a  broad range of performance, specs, features, and prices – just like you could find two years ago.

In fact, I know plenty of people who are still using those two and three year old laptops and find them quite usable. (I would still be using my old Lenovo but it needed repairs and I had no backup.)

Age should not be a factor in your laptop buying decision – with one small exception. Given that laptop prices have been dropping year by year, the newer models will likely offer a better value than older models. For example, my new Dell laptop cost less than my Lenovo laptop did two years ago and sports a larger screen, faster CPU, larger HD, and better battery life.

But I also managed to pick it up on sale. Had I lucked into a similar sale on an older model which met my requirements, I would not have hesitated to buy it.

What’s more, the age of a laptop model can sometimes be a plus. For example, the older models often have more user reviews which can prove useful in identifying issues like disappointing battery life or poor build quality. A laptop released last week can sometimes prove to be a crap shoot.

But that’s just my two cents; what do you think?