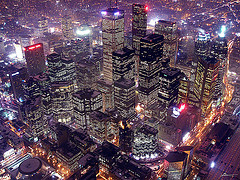 There is a story circulating today that Canadian regulators are now investigating the Canadian bookstore chain Indigo and its ebook partner Kobo “over alleged anti-competitive e-book pricing practices”, in the words of the CBC. That is not the case.

Update: CBC has updated their article with the correct info, radically rewriting the article.

According to my contact with the Competition Bureau, Kobo and Indigo are not the subject of the investigation; this was merely a formal request for more information from the retailer and the tech company.

The email goes on at length with nitty gritty legal details but I won’t include them here. The quick version of the story is that there is no story.

The long version of the story is that the Canadian Competition Bureau is still pursuing an investigation which has been going on since 2012 and was supposed to have ended early last year.

In February 2014 the CB announced a deal with 4 major publishers Hachette, HarperCollins, Macmillan, and Simon & Schuster, to end agency pricing on their ebooks, and to allow retailers to set prices again. That agreement was derailed a few weeks later by Kobo, which argued that there was no reason it should be punished when it did not conspire to get the agency price controls put in place.

Arguing that it can’t compete with Amazon, Kobo won a court order which blocked the consent decree between the CB and the 4 publishers. That consent decree is still blocked at this time, and it is expected to remain blocked for the indefinite future.

Thanks, Adam and Bob!