Softmaker makes one of the better paid office suite apps for Linux, Windows, and Android, and now they’re making the suite available for free on Android.

The app developer is in the process of quietly marking down its office suite apps in Google Play, including the TextMaker word processor, PlanMaker spreadsheet app, and Presentations for PowerPoint-style presentations. 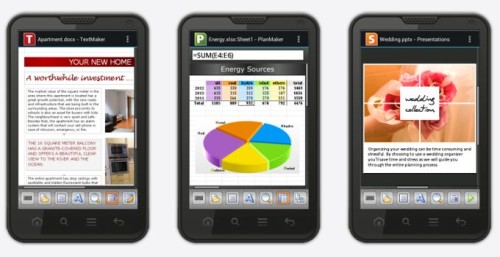 Softmaker used to charge as much as $24 for the tablet version of the 3 apps, but if you look carefully you can now find either the smartphone versions available for free – alongside the many other free office apps.

In addition to an Android port of Open Office, other free office suites include Polaris Office, KingSoft Office, and Google Docs, Sheets, and Slides. That market is quite crowded, which could explain Softmaker’s decision to release the apps for free.

Softmaker had one of the best office suite apps when I used them years ago on Windows CE, but I’ll confess that I never got around to using them on Android. By the time that Softmaker released the Android versions of its apps, I had already moved on to other office suites.

But to be honest, I don’t do enough office work on Android to even bother keeping an office suite installed, so I couldn’t say how the current market compares.

Do you have a preferred office suite app for Android?