The 74 million plus iPhones sold may be the headline story tonight but that’s not all that Apple announced.

During the investor’s conference call, Tim Cook revealed that the much anticipated Apple Watch is now expected to ship in April, seven months after it debuted. He didn’t offer much in the way of details on the price other than confirming that it would be “starting at $349”. 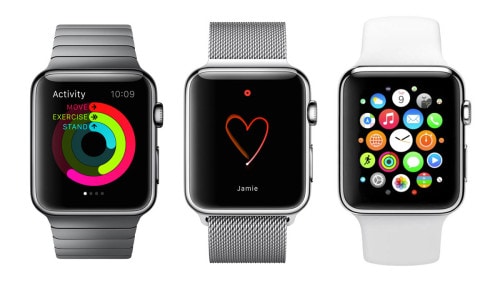 He also said that it would be available in 3 styles: the budget model, a fitness-focused sport version aimed at active consumers, and an ultra-premium Apple Watch Band which would be marketed to people with more money than Croesus.

Cook also told the listening throng that Apple had shipped its billionth iOS device. The company had reached the milestone in November 2014; Cook identified the device as a space grey, 64GB iPhone 6 Plus – but he said that “we’ve saved it here at Apple”. It’s going to be laid in the cornerstone for the new Apple HQ.

In related news, Apple has shipped its 25 millionth Apple TV set top box, with about 5 million sold since last April.

Later in the call Apple shared a dribblet of new info on Apple Pay. Apple’s wireless payment service has been getting some bad press over the past couple days as a result of its partner banks not using enough security, but the increased level of fraud comes with a silver lining. Apple Pay now accounts for two of every three dollars spent via wireless payments on Visa, MasterCard, or American Express.

Curiously, Apple did not specify how  much that was worth, nor the amount of revenue it generated for Apple.