A new Chrome plugin was uploaded to GitHub last week which enables users to browse the book sections on Amazon’s website and check to see whether the book they are viewing is also available via Oyster.

This ebook subscription service boasts over 1 million titles, and while that is a smaller catalog than the Kindle Store, Oyster does offer titles from major US publishers, including S&S, HarperCollins, HMH, and Macmillan, as well as Pottermore.

And thanks to the plugins, readers have the opportunity to ask themselves if they really want to buy the book they’re looking at, rather than read it in Oyster’s apps for Android, iPad/iPhone, and their web browser.

This plugin is the work of Connor Montgomery, an engineer with Pinterest, and he reports that the plugin checks the book you’re viewing with Oyster’s catalog, and if it finds a match it adds an Oyster icon so you can read the ebook via the subscription ebooks service.

He posted a screenshot (the Oyster icon is in the address bar): 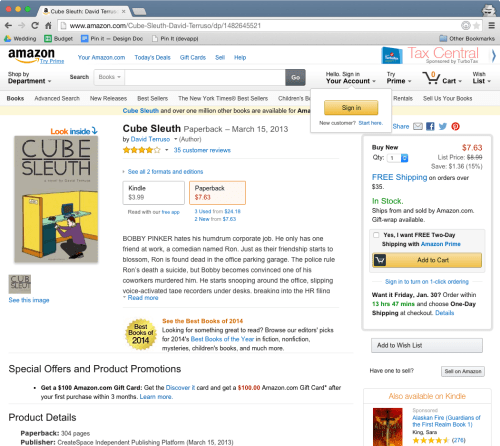 Amazon is known for having a well-made website which is easy for developers to build services which integrate into it, but that advantage is quickly being turned against the retailer.

This isn’t the first plugin which works to divert customers away from Amazon; I know of several that link users to The Pirate Bay and other pirate sites, and a bookstore cooperative in France released a plugin that enabled readers to browse Amazon.fr and buy from a local bookseller.

"Let’s not browse Amazon and not shop there" is almost becoming a cause celebre, is it not?

This plugin is available via GitHub, and it will soon be available in the Chrome Web Store. 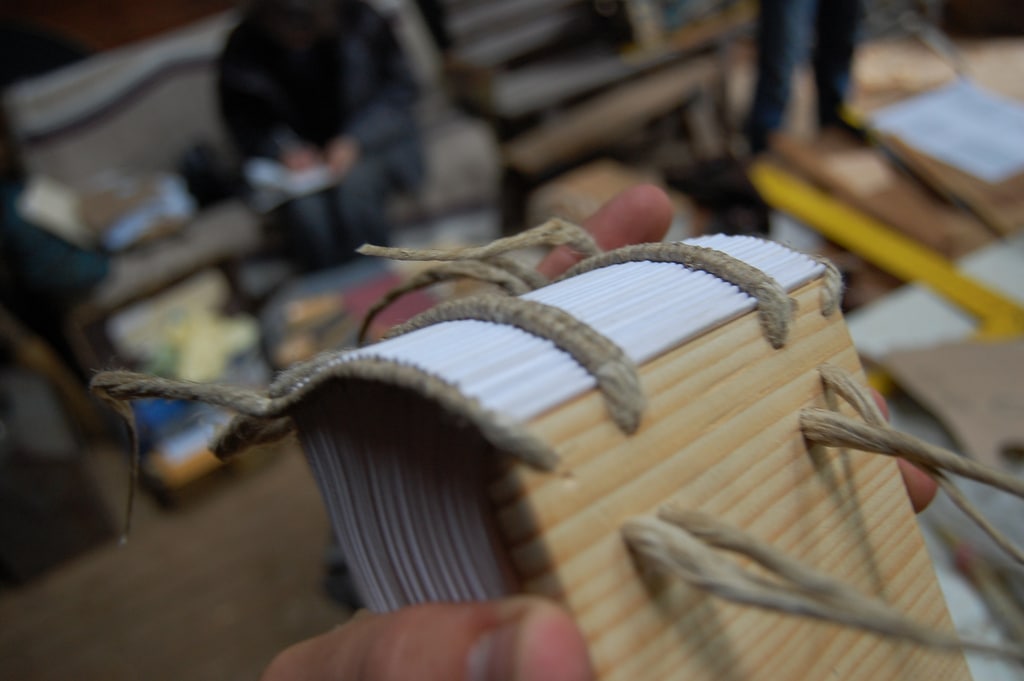 Do You Make eBooks With Kindle Textbook Creator?

can amazon ban the api user, if it requires developer api keys to access the service, if so this effort may go in vein!

It’s certainly possible, but that is hard to predict.

It doesn’t require Amazon API keys. Effectively it takes the book title from the current page you’re on, and sends an API request to the Oyster API for matching titles and returns whether or not it’s available on Oyster. Really simple.

I thought it would need the API to grab the ISBN, and would match based on the title attached to it. I guess my method was unnecessarily complicated.

I just installed this extension. I used the example on the download site, a book called Cube Sleuth, to make sure the extension was working. It works on the paper version of the book on Amazon, but not the Kindle version, which seems a rather large flaw to me.

The author uploaded a fix a little while ago. If you download from the Github page and reinstall the extension, it should work properly with Kindle versions now.

[…] as easy as Amazon does. At least when it comes to books, and at least if you are in the USA, a nifty little plugin for your Chrome browser will let you do your searching on the Amazon catalogue site – and your […]

[…] only know of two similar extensions; one is tied to Amazon.fr, and the other turns Amazon.com into a catalog for the ebook subscription service […]

[…] we've seen Chrome plugins that let you browse Amazon and check books out of your local library, borrow books on Oyster's (now defunct) ebook service, or reverse showroom and buy books in either the UK or […]