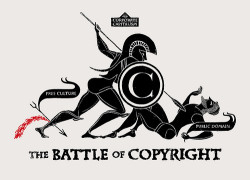 Long the go-to site for declassified US govt documents, The Black Vault has recently faced a setback in its efforts to digitize and upload records from Project Bluebook, the US Air Force’s decades long program which documented UFO sightings and alien contact reports.

It seems that Ancestry.com did not take kindly to The Black Vault copying some of the record which Fold3, an Ancestry.com subsidiary, had digitized and placed online. John Greenewald, founder of The Black Vault, reports that he’s had to take down all Project Bluebook uploads:

It is with great frustration to announce, that Ancestry.com, and their subsidiary Fold3, has laid down a claim to copyright on the Project Blue Book material – which has long been labeled as “public domain” by the National Archives & Records Administration (NARA).   Ancestry.com is claiming ownership to the digital version of this material – despite me having records that Fold3 doesn’t even have in their archive and I received under the FOIA starting back in 1996.  They simply claimed it was 100% theirs and I was forced to remove it.

I haven’t confirmed this with Ancestry.com, but Motherboard did get a comment from the company. “It’s about electronic theft,” Ancestry.com spokeswoman Heather Erickson told Motherboard. “[Greenewald] can go over to the national archives and digitize the records, but he used our copies. We asked him to take them down, it’s a permissions issue.”

Ancestry.com is either blatantly abusing the DMCA notice to take down content over which they don’t have a copyright, or they think they can claim copyright on the basis of having scanned the documents. 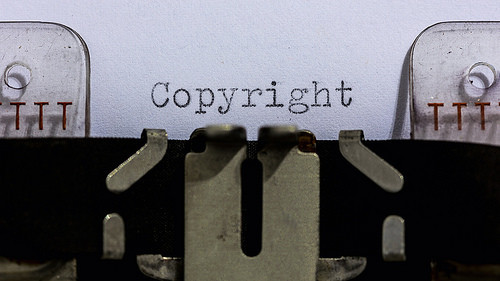 Just to be clear, all documents created by the US government are automatically in the public domain. This isn’t true for all national governments, but US copyright explicitly excludes works of the federal government.

Since Ancestry.com can’t claim to have created the original public domain documents, its copyright claim would have to derive from a type of “sweat of their brow” copyright claim. In other words, the work invested in scanning the documents justifies the copyright claim.

While that argument would stand up in some countries, it fails in the US.

The US Supreme Court ruled in 1991 that (Feist v RTS Co, 1991) the mechanical act of gathering together facts into a single place isn’t enough to deserve a copyright. While the Feist case was focused on the copyright status of phonebooks, it is arguably applicable in this situation:

The key to resolving the tension lies in understanding why facts are not copyrightable. The sine qua non of copyright is originality. To qualify for copyright protection, a work must be original to the author. See Harper & Row, supra, at 547-549. Original, as the term is used in copyright, means only that the work was independently created by the author (as opposed to copied from other works), and that it possesses at least some minimal degree of creativity.

One could argue that I took that out of context, but Project Gutenberg, which has itself been scanning documents for 4 decades now, has expressed a similar legal opinion.

They believe that digitizing, proofreading, scanning, or other mechanical alterations to public domain documents do not meet the minimum threshold to meet the definition of original work, and thus don’t qualify for copyright:

If I wanted to, I could cite a half-dozen other legal opinions on the topic, but I don’t see the point. Ancestry.com has no legal basis to make a copyright claim.

Now, they could be planning to sue over The Black Vault’s abuse of Fold3’s TOS, but that would have nothing to do with copyright. That is a contract issue, and filing a DMCA notice in such a situation is no more or less than copyright bullying.