When it comes to online retail in China, Amazon is a distant runner up to the bevy of ecommerce sites owned by Alibaba, and now the two will be competing even more fiercely in smartphones.

On Sunday Alibaba announced a $590 million investment in Chinese phone-maker Meizu. The terms of the deal were not disclosed (other than that it was a minority investment), but the press release does hint that the two companies “will collaborate at both strategic and business levels to achieve a deeper integration of Meizu’s hardware and Alibaba Group’s mobile operating system”, suggesting that Meizu’s will soon be producing more phones running Alibaba’s Yun OS. 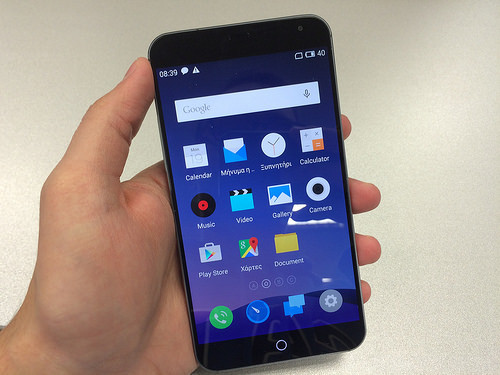 Alibaba had launched Aliyun OS, aka Yun OS, 4 years ago. It’s based on Android, but like Xiaomi’s Miui OS or Amazon’s Fire OS, Yun OS is designed to be independent of Google’s control. Yun OS can be found on smartphones and smart TVs, including some phones produced by Meizu.

Neither company is doing all that well in smartphones. Meizu sold only 1.5 million of its Android-based smartphones in January, and even fewer phones run Yun OS.  Even though Alibaba has been promoting it for the past several years, it has yet to bear fruit.

The closest it got to real market success was back in 2012 when Acer announced plans to ship a phone running Aliyun OS, but that was scuttled after Google applied pressure with the threat that Acer would lose access to the official Google version of Android (which to this day, still runs on 63% of all Android devices).