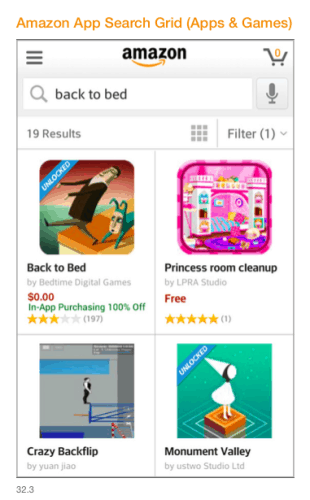 Do you know how Amazon likes to offer apps, ebooks, and other digital content as freebies?

That’s an old trick which we’ve all enjoyed for years, but now it appears Amazon is formalizing the freebie process. TechCrunch reports that Amazon is in the process of launching “Amazon Unlocked”, a program which promises free copies of paid apps:

In a preamble to the presentation, the company sets out its objectives: the program needs to be clearly identifiable to users; the selected apps need to be obvious to users; and the apps are “conveyed as high value provided by Amazon.” There are also some interesting attempts at a less cluttered experience: “Customers should not feel overwhelmed by thousands of apps, but can get them if they need to,” the presentation notes. “Gretzky Gateway should operate primarily on algorithms rather than human touch.”

To that end, Unlocked will get promoted prominently in Amazon’s own flagship app, and there are plans to use social networks and other platforms to promote Unlocked. The new feature is there not just to drive more downloads from the Appstore, but also more downloads of the Amazon app, which users need in order to access the Unlocked selection of apps.

Pardon me for being underwhelmed, but that just sounds to me like Amazon is taking their current freebie efforts, giving it a new brand, a new coat of paint, and a formalized set of procedures.

Just about the only thing which is new is that Amazon is going to extend the freebies to include in-app purchases, and that the freebie apps in Unlocked will be searchable as a category in the Amazon Appstore. And then there’s this:

That may be what Amazon may be trying to address here. You see, Unlocked has a bit of a twist to it: When developers leave the Unlocked program, the extras become paid again.

This effectively means that developers who get nothing to begin with as the barrier to entry is lowered for new downloads, can hope to convert those users to paying customers when the wall comes back up.

As a customer I am deeply interested in this, but as a blogger I don’t see how this is newsworthy.

I guess I’ll have to wait until it launches and play with it first hand to understand.