Long a contributor to  open source browser engines, Adobe is going to be getting into the guts of Project Spartan.

Microsoft announced on Monday that Adobe is going to be one of many tech companies which will contribute to MS’s new web browser. Adobe will be bringing improvements in the areas of layout, typography, graphic design, and motion. 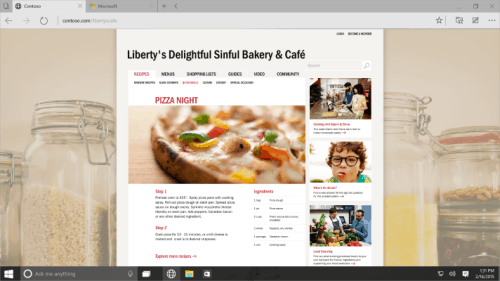 The first improvements include Adobe’s work with gradients. This seemingly small contribution first showed up in the March update of the Windows 10 Technical Preview, and it gives web developers the option of specifying a custom gradient midpoint for a unique blend of the two colors in the gradient.

Another change that Adobe has recently committed is full support for <feBlend> blend modes. Where IE 11 supported only a limited part of the  W3C Filter Effects spec, Project Spartan sill fully support the spec (right up until something breaks).

In short, this is good news for the web and for anyone developing for the web. With Project Spartan supporting more features, more web developers can adopt them knowing that they’ll be accessible to a wider audience.

Launching with Windows 10, Project Spartan represents a clean break with Microsoft’s past web browser work. MS has told us in the past that the new web browser features a new rendering engine, a new interface, and (obviously) a lot of third party contributions, but I think they may have downplayed the paradigm shift which Spartan represents.

It was just this week that MS told us that they had been “making changes internally to allow other major Web entities to contribute to the growth of our platform, as well as to allow our team to give back to the Web”. With luck, this is going to result in a web browser which won’t force web developers to prove the 90-90 rule.

While Internet Explorer will ship with Windows 10, MS has already said that they view IE as a legacy product and that all of their attention will be devoted to Project Spartan.