Fake reviews, including fake book reviews, are a perennial problem on Amazon.com and other retail sites. Both authors and publishers have used fake reviews to boost their profiles and sell more books.

This has been a known problem since at least 2012, and Amazon used to fight it by removing reviews which were identified as fake. But now Amazon is taking a more active role. The retailer has filed a lawsuit against a man which Amazon claims is the operator of several sites which sell fake 4 and 5 star customer reviews on Amazon. 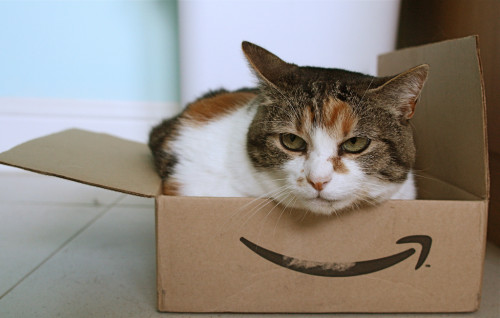 The lawsuit was filed in King County Superior Court, and names Jay Gentile as the owner or operator of several sites, including buyazonreviews.com, buyreviewsnow.com, buyamazonreviews.com, and bayreviews.net (note: two of the sites are not operational). The lawsuit also mentions several John Doe accomplices.

“While small in number, these reviews threaten to undermine the trust that customers, and the vast majority of sellers and manufacturers, place in Amazon, thereby tarnishing Amazon’s brand,” the lawsuit says. “Amazon strictly prohibits any attempt to manipulate customer reviews and actively polices its website to remove false, misleading, and inauthentic reviews.”

According to the filing, the sites sell both regular reviews and verified purchase reviews. In the latter case the reviewer and the person buying the review conspire to fake a purchase, sometimes sending an empty box to the “customer” posting the fake review.

The lawsuit explains, “Indeed, one of the review sites – buyazonreviews.com – even chastised a reviewer for complaining about not receiving the product, admitting, ‘All our reviewers know of the process and I am not sure as to why she sent this to you but I will ensure it does not happen in the future.”

That site is not in operation at this time, so I can’t verify the claim, but one of the two sites I checked did offer verified purchase reviews.

On buyamazonreviews.com the verified purchase review option can either cost extra or be included (if the retail price is low enough). Another site, buyreviewsnow.com, sells just straight reviews at $6 to $8 each, depending on the volume. The text of the reviews are supplied by the buyer.

Amazon’s lawsuit alleges unfair competition and deceptive acts, trademark violations, and other allegations. Amazon is asking for damages as well as an accounting of the alleged profits received by Gentile and his accomplices from selling the fake reviews.

If you’re an author or publisher who buys fake reviews, now would be a good time to stop. If Amazon is suing the person who sells fake reviews then they have already invested a huge expense in investigating the problem.

Chances are they have also been running a honeypot operation; I certainly would.

If I were Amazon, I would have quietly bought a few thousand reviews and used the data to identify those who buy the reviewers and the “customers” who post fake reviews. By cross-referencing the data Amazon can potentially identify thousands of accounts which posted fake reviews as well as hundreds of sellers who may have bought them.

I don’t know what action would be proper against the sellers identified, but anyone who has _provably_ posted fake reviews deserve to have all of their reviews deleted. While some of the reviews may be real, their authenticity has been contaminated by the fake reviews and they can’t be trusted.