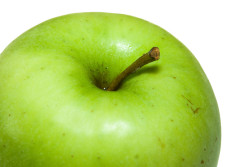 Apple’s on-again, off-again relationship with its court appointed antitrust monitor is off again.

Appointed by Judge Denise Cote to oversee Apple’s compliance with the 2013 antitrust settlement agreement between it and the DOJ, Michael Bromwich reported to the judge this week that Apple continued to block his requests to interview employees and had “inappropriately attempted” to narrow other oversight.

While Apple has made “comprehensive progress” in adopting measures to detect and report antitrust violations, its cooperation in general has “diminished substantially,” he said in a partially-redacted report made public Thursday. Apple is reverting to a “more adversarial tone,” in part by blocking review of antitrust training and policies, he said.

Bromwich’s comments came in the third report he’s filed with Cote, this one covering the period from Sept. 1, 2014, to Feb. 28. The report was included in court filings.

Apple had repeatedly come into conflict with Bromwich in the 18 months since he was appointed, so much so that  in February 2014 Judge Cote appointed a magistrate to backup the antitrust monitor.

Things quieted down after that, or so we thought. Now it would appear that Apple is either making more trouble, or perhaps taking steps to make sure that the fighting with Bromwich is once again getting attention in the press.

I can’t help but wonder if perhaps the renewed press attention might be related to Apple’s ongoing appeal of the 2013 antitrust case. In addition to fighting it out before Judge Cote and trying to lock Bromwich out of the building, in December Apple formally appealed Judge Cote’s ruling that Apple had conspired with 5 publishers to raise ebook prices.

Unless I missed something, the 3-judge panel has not handed down a ruling on Apple’s appeal. Do you suppose the new buzz about the conflict with Bromwich is related?