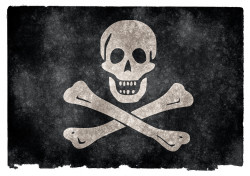 Piracy is endemic to almost every retail site which sells digital content. Some sites such as Amazon routinely (and sometimes aggressively) police their catalog for pirated content, while others have a more laissez-faire attitude.

Update: I have published a second installment. And Google has responded.

And to be clear, we’re not just talking about an excess of pirated ebooks; Google Play Books’ policies are enabling industrial-scale ebook piracy operations.

On Sunday I came across a tweeted link to an industrious ebook pirate who had set up shop in Google Play Books. Claiming to be the author, that pirate has uploaded and is selling no fewer than one hundred ebooks, all of which are obviously pirated copies: 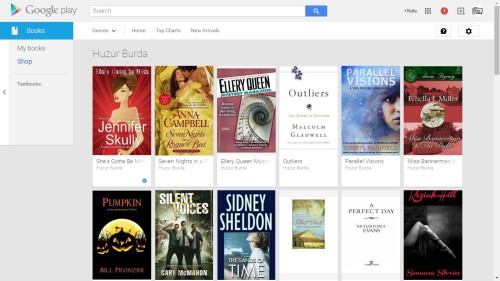 All these books are being sold out in the open, for $2.11 each, in what would best be described as the pirate’s own personal ebookstore. And to add insult to injury, they are all encumbered with DRM.

And Google isn’t doing anything about it, nor is Google doing anything to deal with the many other pirates who have set up shop in Google Play Books.

To be clear, I’m not talking pirates who have republished a book or two under their own name, or ones who snuck in a pirated copy of Ringworld; Google’s problems aren’t that small.

What we have here are multiple accounts which have picked an authors name and uploaded obviously pirated books under that name, effectively creating a pirate ebookstore.

A friend on Twitter spent a few minutes searching through Google Play Books and found no fewer than ten different “authors” and “publishers”:

And that was in just a few minutes; just imagine what a thorough search will find.

Pretty much every site that sells digital content has a problem with piracy, but most try to cope with the problem. They respond quickly by removing the content as soon as they get a DMCA notice – and sometimes faster.

Scribd and Amazon, for example, have automated scanners which check for pirated, public domain, and other types of content. Youtube has the much maligned ContentID scanner, and there are even 3rd-party services like Atributor and Muso which will scan retail and pirate sites on behalf of their clients.

As we’ve seen in the past, those automated scanners are not without problems, but when paired with human oversight the scanners would be a far better option than Google’s current policies.

But Google won’t do that. Hell, they won’t even respond to a piracy complaint unless it comes from the copyright holder or their representative.

And when Google does respond, they will take down the ebooks but they will leave the listing active so it clogs up the search results and author listings (see the bottom of Larry Niven’s listing for examples).

Furthermore, Google may remove the ebooks you complain about but they will allow the pirate to continue to operate.

Tymber Dalton discovered a couple weeks ago that one of her books had been stolen by one of the commercial ebook pirates mentioned above (or a different pirate using the same author name):

This shitstain of a cuntnugget needs to go down:

ALL the books he has posted are ILLEGALLY POSTED. And I found out today, after discovering he’d posted at least one of mine, that authors have been sending takedown notices to GooglePlay Books for WEEKS and their books are STILL showing up there.

The illegally posted copy of my book is here and keep in mind, it’s an ILLEGAL posting. Not all of the books he’s posted are showing up on the front page of his stuff. Authors, go search your books by your name and make sure this fucking shitstain isn’t listed as author/publisher: Dougukan Akbulut

Either that pirate is still in operation, or another pirate has moved in and set up shop on the same author name. Given the similar operational styles, I think they are the same pirate, but either way, it does not speak well of Google.

Folks, the above examples show that Google doesn’t have a laissez-faire attitude; it’s more that they simply don’t give a damn about piracy in Google Play Books.

If Google cared, they would use the patent they filed for in 2013. That patent explained how to build a scanner which would identify and flag pirated content. If Google were using that scanner, my friend would not have found so many pirated ebooks.

Sadly, I think it is going to take an expensive lawsuit before Google starts to care about piracy in Google Play Books.

Viacom’s lawsuit against Youtube led to the ContentID scanner, and Google only started taking an active position against pirate sites showing up in search results after a lot of yelling on the part of the music and movie industries.

If we want Google to take similar action in Google Play Books I think the Big 5 will have to file a lawsuit.

P.S. In the past Google has delisted and deranked pirate sites from its search results. Do you suppose they will do the same for Google Play Books?

P.P.S. If you have complaints about piracy in GPB, please leave a comment. I’m not done with this story. There are several issues I haven’t addressed yet, and I would love the opportunity to slap Google around again.