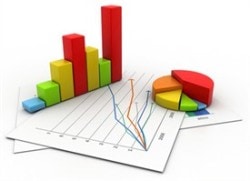 Here in the US the AAP reported that 2014 was a good year for book publishers, but the news coming out of the UK today is not so good.

The new edition of the Publisher Association’s Statistics Yearbook was released today, and it reports that the combined print and digital revenues of UK publishers fell by 2% in 2014, to £3.3 billion.

The Statistics Yearbook is not available to the public, but some details have been released. The PA announced this morning that digital was strong across academic and children’s segments. Digital subscriptions now make up 79% of revenues for journal publishers, and consumer fiction is growing almost as fast. The PA said that this digital segment had increased to 37% of the reported fiction revenues – a “trebling in absolute terms in three years”.

Children’s ebooks grew 36%, which is great, but at £22 million that segment is still only a tiny fraction of  the  £349 million in kid’s books sold last year.

Digital textbook revenues were also up 17%, now accounting for 24% of sector sales. Downloadable audiobooks were also up 24%, and sales of digital curricula were up 20%.

According to PW, the Statistics Yearbook is administered by Nielsen and is based on the Publishers Association Statistics Monitor. The Monitor collects sales data from publishers and is believed to represent  about 75% of UK publishers’ sales.

Whether it accurately reflects the entire industry is another matter.

P.S. In case you’re wondering why my report differs from the one in PW, I went looking for more info and found the PA’s press release. I’m glad I did because otherwise I would not have known about the wild growth in genre ebooks.