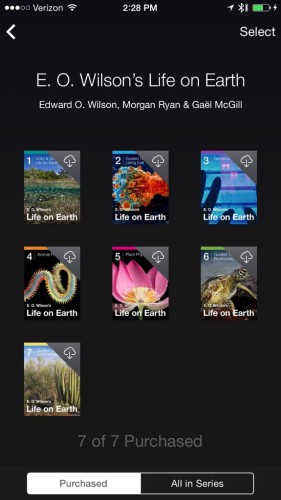 We’ve known for several weeks now that the next version of Apple’s mobile OS would merge audiobooks into the iBooks app. Now I can report that isn’t the only major change.

There’s a report coming in from Twitter that the next iOS 8.4 will give iPhone owners the chance to open ebooks made with iBooks Author.

Teddy Svoronos tweeted that he had discovered this feature in the iOS 8.4 beta 3, and he shared the screenshot you see at right.

Needless to say, this is big news.

eBooks made with iBooks Author have been limited to the iPad ever since iBooks Author was released in January 2012. Features including widgets, audio and video, glossary, study cards, and interactive content have been the exclusive domain of Apple’s tablet, but soon all will be coming to the iPhone.

Rumors have been circulating since 2013 that Apple was going to add this support to the iPhone, but until today that’s all we had: rumors. Now we have a credible report.

Let’s hope that iBooks Author support also extends to the iPod Touch and other older models. While this is very cool on a technical level, the current iPhone costs more than the iPad. If the iPod Touch doesn’t also get support then the main beneficiaries will be those who are rich enough to buy Apple’s latest tech.

I’d be much happier if a larger number of students could also benefit from having an iBook on their more portable iDevice.