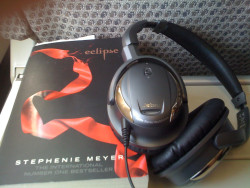 Amazon’s Whispersync for Voice is one of the niftier features for the Kindle platform. It lets you easily switch from an ebook to a matching audiobook and back without loosing your reading or listening position.

It’s a nifty feature but it’s also one which is difficult to pull off without distributing audiobooks through Audible (and thus giving Amazon a lot of control). But now it’s is getting a little easier.

Earlier today Alberto Pettarin tipped me to the news that his startup, Read Beyond, had released one of its tools under the AGPL license.

Aeneas takes an ebook and audiobook pair and makes a list which matches the text in the ebook with locations in the audiobook. It uses that list to create a third file which contains a list of synced locations. That file can be used by compatible reading apps to let a reader quickly switch between the text and the audio.

While this tool won’t be of much use to anyone building apps, it will one day be useful to those who make or distribute ebooks. What is currently holding it back is that I don’t know of any app other than Read Beyond’s Menestrello app which currently uses this file.

That’s not a serious issue, though; it just means we have to lobby reading app developers like FBReader, Aldiko, Moon+, and Bluefire to add support for the sync file (and for audiobooks).

Who’s up for some begging?

Edit: As I was reminded today on Twitter, many ebook apps might lack Amazon’s Whispersync for Voice but they do offer a similar feature: TTS. This is a mechanical conversion of the text to audio using an app like Ivona. Some prefer TTS over audiobooks, and it is offered on Android, iOS, Fire tablets, and certain ereader models (Onyx, for example).