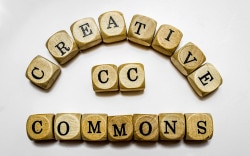 Here’s one of those brilliant ideas that someone should have come up with years ago.

For the past six months Creative Commons has been hard at work on a mobile app called The List. This innocuous sounding app is intended to render stock photo sites obsolete by connecting people who need a photo with smartphone owners who don’t mind taking one.

Currently available on Android (from GitHub), The List assembles and maintains lists of locations, people, objects, and events that creators need pictures of.  Users can view the requests one at a time and then take and submit photos which fit the descriptions.

All submitted photos are distributed under a CC license for everyone to use. 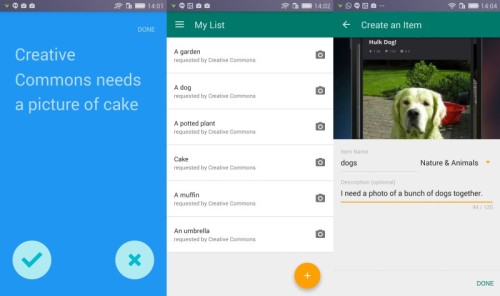 This is a great idea, but now that I have played with it for a few minutes I am disappointed that the developers didn’t take the next logical steps.

There’s no website where you can make or accept requests, and more importantly there’s no archive of photos. There is no sign, for example, that The List app is uploading all the submitted photos to Flickr so they can be used by everyone.

To be fair to the CC folks, they could be intending to post the photos. They might even be posting them already and just forgot to share that info. But until we know where that archive can be found, The List is only going to achieve about 10% of its potential.

P.S. I plan to follow up and ask about that archive; I will update this post should I get a response.