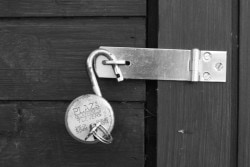 When it comes to the major publishers of the world, most insist on DRM, but Bonnier is breaking ranks. This Sweden-based media conglomerate is going to be dropping DRM from the ebooks published by its German subsidiaries.

Lesen.net reports that Bonnier Media Deutschland will be going completely DRM-free starting next month. This includes German publishers such as Piper, Carlsen, and Ullstein.

Update: Buchmarkt.de confirmed the news, but did not have anything new to add.

Do you know the tale about the book publisher who would love to go DRM-free – if their multi-national media conglomerate corporate parent would let them? That is more or less what is happening here.

Update: On maybe not. A helpful reader corrected me in the comments. He points out that Bonnier was one of the Swedish publishers who had switched from Adobe DRM to digital watermarks 2010. He sees this as the Adobe-free policy expanding to new markets. Thanks, Bjorn!

While Bonnier is relatively unknown in the US (aside from that contretemps last year with Amazon), this is not a small publisher. In fact, in 2013 Bonnier had revenues greater than Simon & Schuster. Bonnier is rarely mentioned in book publishing circles in the US, where it owns over 40 magazine titles and a single book publisher, Weldon Owen. The conglomerate also owns book and magazine publishers in the UK, Germany, and Sweden as well as other media properties including tv stations, film studios and theatres in Sweden as well as properties in Poland, Russia, Eastern Europe, and elsewhere.

If you are looking for a way to view Bonnier, it might be better to consider them as a smaller version of Viacom, S&S’s parent company, rather than as a book publisher. Both Viacom and Bonnier are diversified multi-national media conglomerates.

That makes this a far more important story that Macmillan’s dalliance with going DRM-free by dropping DRM from ebooks published by Tor-Forge.

There’s no word at this time whether Bonnier’s other book publishing divisions will also forgo DRM, but it is not out of the question.