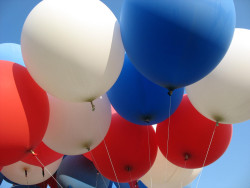 There’s going to be a story going around in the next few days that Flipkart, one of the largest online retailers in India, has been hailed as the world’s second largest bookseller (after Amazon, of course).

The Times of India reported the startling claim yesterday:

The survey, which assessed both offline as well as online book sellers across the globe, has ranked Flipkart ahead of companies like Barnes & Noble of the United States, FNAC of France, Waterstones of the UK and The Book Depository, also from UK.

With a population of over a billion and an expanding tech economy, it comes as no surprise that an Indian retailer would make the list. And with revenues of $4 billion last year, Flipkart was honestly in the running to be named second to Amazon.

But if I were Flipkart, I would not be celebrating just yet. You see, this survey is not based on revenues or the number of books sold but not instead is based on mindshare.

As the Times of India put it:

The results were finalised by standardising data from sources like Wikipedia traffic, Google Books N-Gram and Google search term frequency.  The index was based on two factors — the number of people thinking about these stores and its frequency.

In other words, the Times of India screwed up here; the survey didn’t identify Flipkart as the second biggest bookseller. The survey was designed to measure buzz, not size.

You could say that Flipkart was one of the most talked about booksellers, but you cannot point to that survey and say that it is the second biggest. You’d need revenues to make that claim, and there are any number of booksellers with annual revenues that exceed Flipkart’s .

On the other hand, that could change over the next year; Flipkart is growing faster than Amazon and expects to double its revenues in the next year. By this time next year, it really could be the world’s second-largest bookseller.