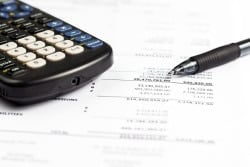 Nielsen Bookscan released its estimates of the US print book market last week, which they describe as flat. I on the other hand, am not so sure we can trust their numbers.

Sales of print books for the first six months of 2015 were running just about even with the same period in 2014 at outlets that report to Nielsen BookScan. Units inched up 0.3% in the period, to more than 286 million. While the overall sales trend in the first half of 2015 was similar to the first half of 2014 (when sales were up 0.6% over the first six months of 2013), there were some notable differences, including two major shifts in sales by category.

So Nielsen says that the book market was flat for the first 6 months of the year, but can we really trust those numbers?

If you’ve been following digital publishing news for any length of time then you know that Nielsen says that Bookscan covers 80% of the market, and you also know that there are any number of authors and agents who would tell you that the Bookscan is about as accurate as Nielsen Pubtrack – in other words, not at all.

Any number of authors and publishers have expressed doubt with the accuracy or completeness of Bookscan (see the comment sections).

In fact, in 2010 agent Kristin Nelson even went so far as to reveal that she had her own system for correcting for Bookscan’s deficiencies:

Bookscan is not a whole picture of how a title is doing.

For some genres, it can be off by 50 or 60%. That’s a lot. The numbers for literary fiction tend to be a bit more on target as Bookscan seems to capture about 70% of sales for this segment.

Of course, Nelson’s post is 5 years old, so it may not be accurate. But I do have a more recent report. The Pseudonymous Data Guy told me last month that the data he saw wasn’t even close to being right:

In my own case, I have Ingram-distributed print editions selling on the shelves of Barnes & Noble bookstores as well as indy bookstores, in addition to my Amazon/Createspace online print sales, and I can say for sure that my official Bookscan numbers add up to less than half of the print sales I’ve already been paid for from either channel alone, let alone both combined, which is what Bookscan claims to be counting.

So how much of the market do you think is going unrecorded by Nielsen Bookscan?