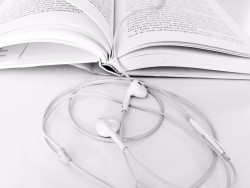 Fresh from the successful launch of Audible Unlimited in Japan, Amazon has turned its attention to the burgeoning audiobook market in India. A couple new job listings have come across my desk this morning which have tipped me to the news that Amazon is planning to expand its audiobook empire into the subcontinent.

The job listings are for a program manager and a merchandizing manager, and both jobs are based in Bangalore.  The listings don’t offer much in the way of specific details, but they do tell us that Amazon wants to hire a manager responsible for “merchandising of Audible content on the Audible.in and Amazon.in websites”. They’re also looking for a program manager who will handle the “localisation of product and feature launches in India”.

Amazon currently sells Kindle and ebooks in India, and they also run a marketplace for third-party sellers, and now I can report that Amazon plans to produce and sell audiobooks there as well.

It’s difficult to say how large the Indian audiobook market is now, but I can report that India’s publishing industry is described as healthy and growing. At last report it generated close to 2 billion dollars in annual revenues, and was growing at 25% per year.

Many of the major international publishing conglomerates have local subsidiaries in India, including Harlequin, PRH, and S&S. Not all are interested in the Indian audiobook market, however; only Penguin Random House was actively promoting the format on its website.

More publishers, on the other hand, are working with audiobook publishers and retailers like Rhythm House, New Horizon Media and Bookstalk, a 5-year-old startup. Some, like Karadi Tales Company, are also producing them independently.

Production is limited by the cost and the small size of the market. The costs for an audiobook in India typically run anywhere from 60,000 rupees to 200,000 rupees. When converted to US dollars, that looks like a rather low number (~$6,300 at the upper end) but in a market where print books generally cost in the range of 100 rupees and up, the cost is significant.

And with audiobooks usually seeing sales of around 10% to 15% of the sales of the comparable print edition, it can be difficult to recoup the investment. But Jai Madhukar Zende, the co-founder of BooksTALK, isn’t one to give up so easily. “This whole narration business is nothing new in India,”said Zende. “We have a rich tradition of oral storytelling in all languages in India and have been a listening culture historically.”