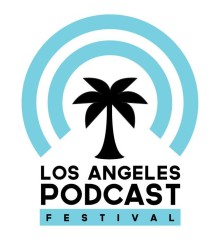 When Audible hired the former VP of programming at NPR, I speculated that it was a sign that they wanted to get into distributing more original programming. Today’s news may confirm that intent.

Examiner.com reports that Audible has signed up to be the corporate sponsor for this year’s Los Angeles Podcast Festival. Held in September, the festival will feature panels, a Saturday night stand-up show, and over thirty five live podcast recordings.

Audible has long been a sponsor of podcasts (as an advertiser), but this is the first tine I can find that they have sponsored a festival.

Do you think this is a sign that they want to get into producing original work or is this just another way to raise their profile?