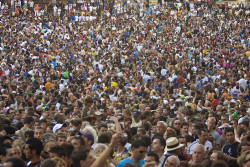 PubSlush , the first startup to style itself a “Kickstarter for books”, is shutting down on 23 August.

IndieReader reported, and several authors have confirmed, that PubSlush sent out an email on Thursday which announced the abrupt closure. No reason was given, although PubSlush did say that “We want to thank you for your constant support of Pubslush through the years and we wish you the best of luck in your business”.

The news has left authors scrambling to  – well, I would not say that any author was scrambling.

The news hasn’t caused much of a ruckus on Twitter (that might be an indicator of just how little business PubSlush has been doing), although I did find one author who planned to eventually find a replacement platform for pre-orders.

Launched in September 2011, PubSlush Press was originally intended to be a crowd-sourced publisher. Authors could submit a sample, and if accepted by PubSlush it would be promoted on the site. If the project picked up enough backers then PubSlush would publish the book and distribute the pre-sales.

While that sounds like a workable idea, Victoria Strauss of Writers Beware read the fine print when PubSlush launched and found many questionable contract terms and misleading claims, many of which remained unchanged even after Strauss publicly criticized PubSlush.

According to PW, in July 2012 PubSlush shifted away from publishing books to simply crowd-funding them. To the best of my knowledge PubSlush continued as a crowd-funding right up until it decided to close.

Aside from the issues raised when it launched, PubSlush did not draw much attention in the press in the following three years, and according to one author it did not do much business, either.

Caren Gussoff reviewed PubSlush for the SFWA blog last October. Her opinion was generally good but she did not that the site wasn’t terribly busy:

Frankly, once I’d annoyed my social network and email lists about my campaign, and begged them to share with their networks, that was about all the exposure I could wring out of it. … Pubslush gets virtually 0% of the “stranger browsing” traffic that Kickstarter does. So, though my project was findable, there was no one to find it. In fact, every single contributor to my campaign — except one — was directly associated to me by first or second degree, and I feel fairly confident that if I did some sleuthing, the one stranger is also associated…I just don’t immediately recognize his name.

It sounds like authors would be better off at one of the major crowd-funding sites, doesn’t it?

That’s not just an idle question; PubSlush is survived by several competitors with similar models, including Pentian and Inkshares. And to make matters more interesting, both of those companies use a model very similar to the idea that PubSlush discarded in 2012.