One Education is an Australian non-profit and OLPC partner that wants to take up where OLPC left off by developing a modular and affordable educational computer for students.

Earlier this year One Education announced  a modular laptop called the Infinity, and promised that the first prototypes would ship next spring. This week the organization started taking reservations from folks interested in buying an Infinity when it is available.

The first thousand optimists to reserve an Infinity will be given the opportunity to buy one for $249 to $299 when it’s ready some time next year. 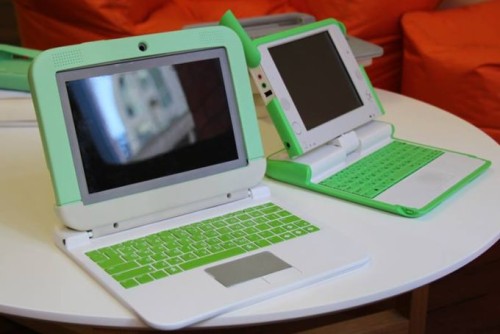 The XO Infinity is designed to be the ultimate modular laptop where every component from the keyboard dock to the camera, CPU, and even the screen is a module that can be swapped out at will.

The core of the design is a tablet unit with an 8.9″ screen. It packs in a camera module with 2MP and 5MP cameras, a battery, and a CPU module with a quad-core 1.5GHz CPU, 2GB RAM and 24GB storage.

That’s a slightly different design from the original concept revealed 6 months ago; that earlier design also had a connectivity module (Wifi, Bluetooth, etc). and One Education also says that the new design is about 3mm thinner. They’ve also reduced both the height and width by about 1cm.

One common problem shared by modular gadget projects is how a user might go about building their own module. The much-delayed Project Ara has basically made that option impossible, but it will be relatively easy for a hardware hacker to build a custom  module for the XO Infinity.

One Education has adopted USB-C as the standard connector for all the modules. That means that even if the official project falls through, a hacker would be able to build their own module by combining a module shell and a USB connector board with a Chrombit or Raspberry Pi. They could even build their own sensor module, or rebuild the battery.

You could conceivably use a commercially available USB-C accessory with the XO Infinity. There might be an issue with drivers, but the XO Infinity does run Android (Linux and Windows firmwares are in the works) so that won’t be an insurmountable issue.

And that’s a good thing, because the official XO Infinity project isn’t drawing a lot of support. That reservation list was first announced on 2 August, and it is still open as I write this post.

Let’s hope that One Education has institutional buyers lined up, because if they’re relying on single unit sales then this project won’t get much further than the core design and a set of schematics that you can have 3d-printed.

One Education doesn’t expect to ship the XO Infinity until next year, and they don’t have a working unit yet. but they did post a series of photos on their Facebook page which shows what the latest design looks like.

One Education via Liliputing