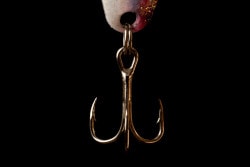 The Guardian has gone web-native this week, and started publishing pieces simply to troll its readers. This formerly respectable publication has a new piece up today where Jonathan Jones disparages Terry Pratchett:

It does not matter to me if Terry Pratchett’s final novel is a worthy epitaph or not, or if he wanted it to be pulped by a steamroller. I have never read a single one of his books and I never plan to. Life’s too short.

No offence, but Pratchett is so low on my list of books to read before I die that I would have to live a million years before getting round to him. I did flick through a book by him in a shop, to see what the fuss is about, but the prose seemed very ordinary.

I wouldn’t get upset over this; in fact, I almost didn’t link to it.

Two weeks ago Jones devoted 700 words to telling us about his visit to a Dcotor Who museum during his summer holiday. This section in particular makes it clear that Jones is trolling us today:

I have been a Doctor Who nerd since I was about eight. It was always an obsession. I started watching just at the end of John Pertwee’s reign. “My” Doctor was the great Tom Baker. But I was fascinated by the full story of the Time Lord and the only way to know more of that, in a pre-video world, was by reading the excellent Target novelisations that were published in the 1970s. Some of my most intense Doctor Who experiences involved reading, not watching. When I have since watched DVDs or downloads of classic adventures such as The Green Death, it’s strange to compare the actual programme with my own visualisations of the books.

So the same guy who gushes about how he loves Doctor Who also thinks that Terry Pratchett isn’t worth reading?