The Guardian Has Been Bought by The Onion, And No One Noticed 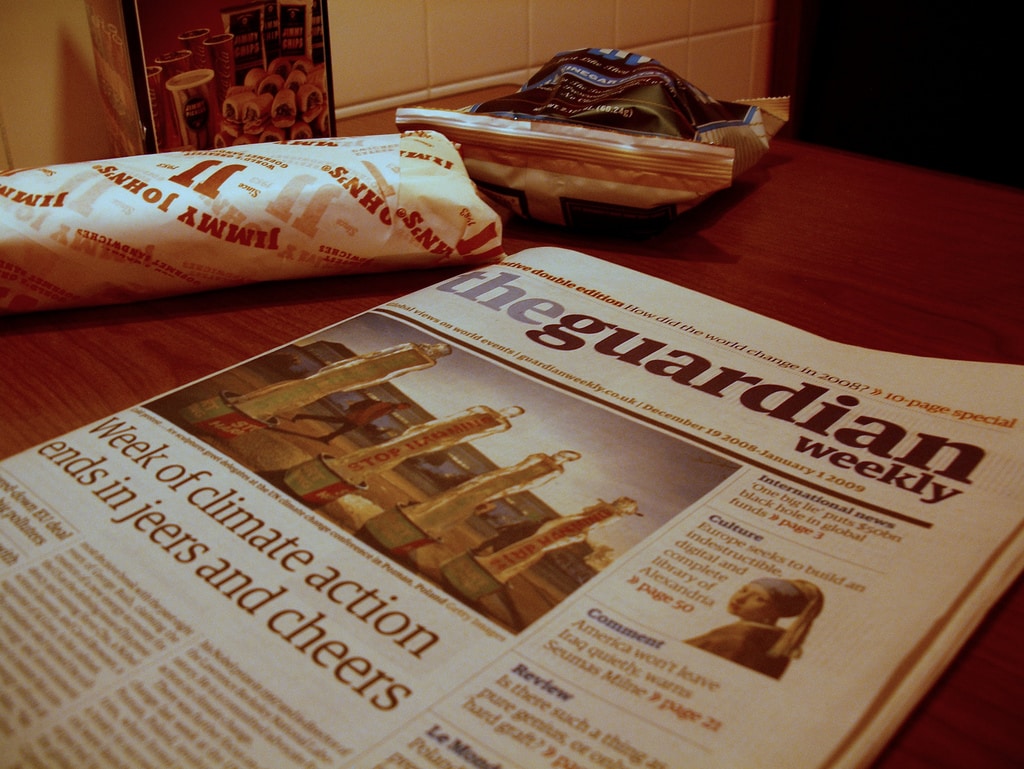 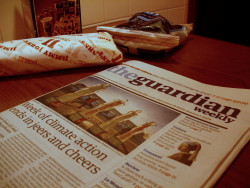 Earlier this week The Guardian published a clickbait piece which argued that Terry Pratchett was no literary genius. At the time I identified it as trolling, but now I’m not so sure.

A couple new pieces have come across my desk which have convinced me that The Guardian has taken to publishing satirical articles alongside its more serious pieces, and is neglecting to identify which is which.

The Guardian continued its transformation into a Daily Mail / Onion mashup on Friday with a work of satire about how academics were being "hoodwinked" into writing expensive books which no one (other than academic libraries) will buy and which no one will read.

Penned by an anonymous academic, the piece is replete with obviously bogus statements like "I can’t believe anyone would write a book that would be too expensive for anyone to buy", which one colleague supposedly told the writer.

The article is premised on the assumption that academics would be tricked when they were cold-called and asked if they would like to write a book:

So I got the editor on the phone and he asked if I had an idea for them. “Sure,” I said, trying to sound enthusiastic. “Perhaps I could write a book about…” – and here I started piling up ugly-sounding buzzwords.

I could hear how he momentarily drifted off, probably to reply to an email, and when I was done with my terrible pitch, he simply said: “Great!”

“The best thing now,” he continued, “is if you could jot down a few pages, as a proposal, which we could then send out to reviewers.” He paused a second, then added: “If you have any friends who could act as reviewers and who you think could sign off on the project, then that’d be great.”

These types of publishers exist, yes. Edwin Mellen Press is one well-known example. And they will publish just about anything (including your undergraduate thesis), but no one who does business with them is hoodwinked.

The academics who do sign with those publishers are laying the tenure/publication game, and I am sure that whoever penned this piece for The Guardian is aware of that.

This anonymous academic knew that they were writing a work of fiction. They did not mean for this to be taken seriously, just like the piece that this same anonymous academic wrote two weeks ago. That article posited that academics needed to be managed, a premise so ridiculous that I don’t have a response.

I also have no response to this editorial:

Okay, that one is literally a satirical play on The Guardian’s editorials, but for a moment there you weren’t sure.

And that’s my point.

The Guardian was a respectable news organization that has taken to leavening its news coverage with satire, and they’ve neglected to identify which is which.

At least with The Onion, we know that we’re reading satire. And with the Daily Mail, we know they make shit up. But The Guardian published legit stories. They may do both low brow and high brow reporting, but they were legit.

How is one supposed to tell the difference? 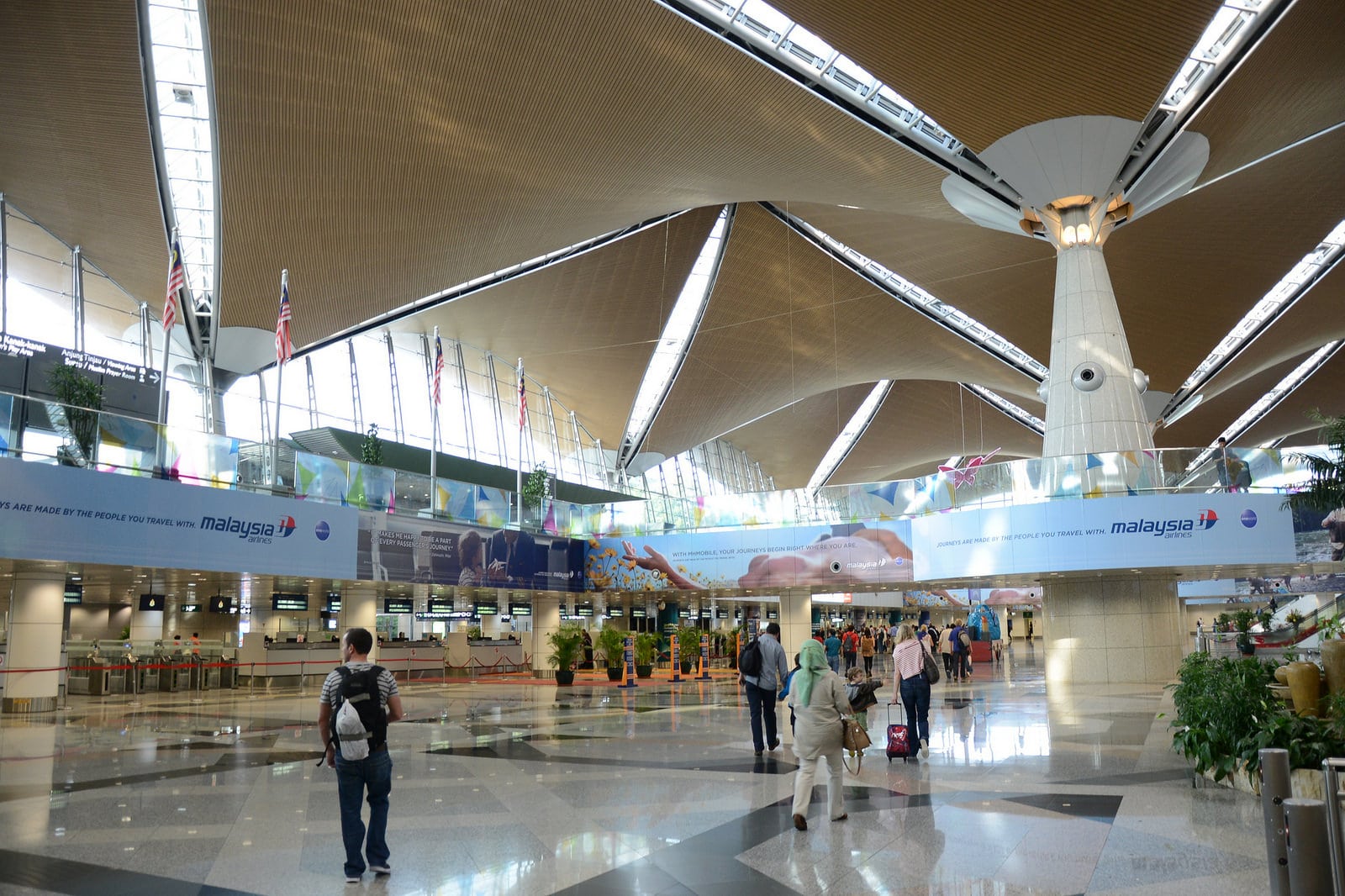 Why is it that April first is the only day of the year most folks carefully check news stories for satire?

No one expects deception from a news source like The Guardian. When they publish something, we expect for the article to mean what it says, just like we assume that they’re telling the truth.

But with satire, the writer expects it won’t be taken seriously.

Could it possibly be, that Americans simply do not understand the gentle arts of subtle satire and winking irony , sans the billboard signage of tags and shouty, obvious, hyperbolic headlines?

That earlier Pratchett piece made a lot of people genuinely angry, and this piece on academic publishing has people on Twitter remarking about the stupidity or ignorance of the writer. If that was not The Guardian’s intent then the paper should reconsider their editorial policy.

It’s entirely possible that Americans are missing the cues for British humor, but if that is the case then the fault lies with The Guardian. There are a heck of a lot more Americans online than Brits, and The Guardian needs to anticipate its audience.

And no, it’s not that British cues are more subtle, just that they are different from American cues.

I’ve just had a look through the rest of the anonymous academic articles. They’re not satire, at least not intentionally so – it’s possible that the anonymous contributor was writing satirically (if so he was being quite subtle) but that doesn’t appear to be the Guardian’s intention in commissioning the pieces. Worth noting this is a blog on the site as opposed to representing the 'voice of the Guardian'. Also the premise at least is that each piece is written by a different 'anonymous academic', so the management and publishing articles were ostensibly not written by the same author. See the link below which explains the point of the blog: