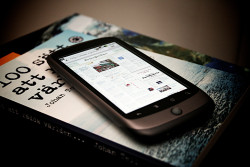 The release of iOS 9 and its content-blocking features yesterday has reminded everyone of what they can gain from blocking adverts, including better battery life, a faster machine, and a better web browsing experience devoid of frustrating adverts.

And by some stroke of luck the NYTimes has decided that yesterday was the best time to give us a practical example just how annoying adverts can be. Late last night The New Yorkist Twitter account tweeted the following video of an annoying pop up advert for an NYTimes subscription.

As you can see in the video, the advert is almost impossible to close. As you move the mouse cursor close to the exit button, the button runs away. (I too saw this on the NYTimes website.)

Trying to close a pop up subscription ad on @nytimes website that continually moves away as I try. I couldnt get it pic.twitter.com/JIA65tj16S

When the Washington Post started blocking visitors who used ad blockers last week, I didn’t think it was possible for a major publication to demonstrate a more hostile attitude towards its readers.

It’s not just that we have huge ads taking over the screen so they can play video, or the many trackers slowing down our computers, or the malware that ad networks feed into our computers without asking, now we also have a major news publisher playing a game of keepaway.