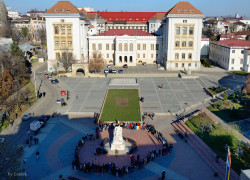 You might have caught the news this week that Alliant International University had formed a partnership with he noted vanity press operator Author Solutions.

According to the press release:

“Launching a university press requires considerable fixed costs, making it prohibitive for most colleges and universities,” commented Andrew Phillips, Author Solutions president and CEO. “For some time, we’ve believed that bringing the efficiencies of supported self-publishing to the university-press model could dramatically reduce barriers of entry, ultimately resulting in learning institutions disseminating scholarship for the greater good.”

While it is disappointing to read that any university would crawl into bed with an operation like Author Solutions, this story stops being quite so upsetting once you start getting down into the nitty gritty details.

Alliant International University is a for-profit school focused on graduate degrees (and one with a low graduation rate, to boot), but the most important detail about this school isn’t its practices but its ownership.

What you won’t read in the press release (this was also missed when the press release was discussed at The Passive Voice) is that Alliant is part of Arist Education System, a network of for-profit schools (which really only consists of Alliant at this time).

The system is a new network funded by the German media corporation Bertelsmann, which is aiming to train health professionals.

Bertelsmann, which has recently made education its top investment priority, will take a controlling stake in the school in the hopes of diversifying and expanding upon the business of operating universities.

Bertelsmann owns Arist, and it also owns about half of Penguin Random House, which owns Author Solutions.

Other Bertelsmann subs, namely the Penguin divisions in India and Spain, have also partnered with Author Solutions to fleece unsuspecting authors.

Today’s deal is just more of the same.

P.S. And while we’re on the topic, is anyone else surprised that Bertelsmann had bought a university? I was surprised when Publishers Lunch mentioned it off-hand.