The March 2016 issue of Playboy is going to be missing something, the thing that has made its reputation since 1953: nude models. Playboy is doing what? read the headline on the online announcement.

“As you may have heard, Playboy is going to be non-nude starting with the March 2016 issue, which actually comes out in the month of February, because that’s how magazines roll,” the magazine said. “This means the models, celebrities and, yes, Playmates will not be naked for the first time since our founder Hugh Hefner laid out the first issue in 1953.”

That first issue, of course, featured Marilyn Monroe – both on the cover and as the centerfold, and supposedly sold 53,991 copies.

But the magazine has certainly seen better times. A decade ago the magazine’s rate base was 3.15 million, though its circulation was already falling. The title’s latest publishers statement shows a rate base of 750,000, and its digital circulation is negligible.

In the early sixties, in particular, the magazine published some of the most important names in literature, comedy, film, politics. The Playboy interview, which led off the magazine, was a much anticipated feature.

What made Playboy unique, despite or because of its nude models, was that a subscription was often given as a gift to young men. Whether it was a rite of passage, or a subtle way for some to encourage their boys to be straight, I don’t know – but I received a subscription in my early teens. Those magazines, though, did not survive the time I was living with my grandmother for a short while: she discovered the box of old issues under my bed and proceeded to go through every single issue cutting out the pictures, then deciding to throw them all away anyways. She called my mother in disgust: do you know what your son is reading? My mother responded that she was the one who bought my subscription (which made her even madder). 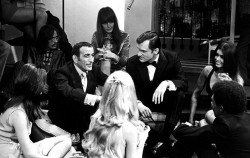 “Yes, we’re taking a risk by going non-nude, but this is a company—like all great companies—that has risk in its DNA. It was built around a magazine virtually no one thought would succeed, yet now it’s impossible (for us, anyways) to picture a world without Playboy,” the magazine said.

Also, has the magazine’s publisher talked to Apple (not that this is actually possible) or other digital newsstands like Next Issue (now known as Texture)? Playboy is not part of that digital newsstand but Maxim is, would they consider adding the title now? (Playboy is available through Zinio’s newsstand.) Then there is the question of where Playboy is placed on physical newsstands – will it get moved to out front?

The other question involves its editorial direction. From the start, the magazine was about sexual liberation, at least from a man’s perspective. But like women’s magazines, Playboy was about creating a certain archetype of men: sophisticated, educated – the most interesting man in the world with a glass of Scotch rather than beer. That man was interested in liberal politics, civil rights, and even (to a certain degree) women’s rights.

There is more to magazine publishing that printing articles and photographs. Marketing, circulation and advertising strategy will determine Playboy’s fate as much as whether it still publishes nude photography.