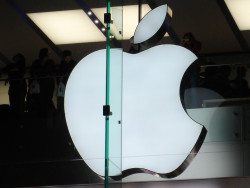 US District Judge Denise Cote agreed  on Tuesday to end the term of a court-appointed monitor assigned to review Apple’s antitrust compliance program, despite the difficult environment the monitor faced in dealing with the iPad maker.

The decision came a day after the US Justice Department recommended not extending the appointment of Michael Bromwich, who was named as monitor in 2013 after Apple was found to have violated antitrust laws by conspiring to raise ebook prices. Cote noted that Bromwich had faced a “challenging relationship” with Apple.

The iPad maker tried on many occasions to get Bromwich removed from his position as the antitrust monitor. They made requests to the DoJ, Judge Cote, and even filed appeals. All their efforts fared equally poorly. The Justice Department said its recommendation was “not an easy one” given that relationship.

Cote said Bromwich had “persevered and made numerous recommendations to Apple for the improvement of its antitrust compliance program,” the vast majority of which Apple implemented. She also praised him, writing that “The monitor has ably performed a significant public service in a difficult environment.”

Tuesday’s decision means that Bromwich’s two-year term will end on Friday. Bromwich declined to comment, and Apple also declined comment. In its joint-letter with the Justice Department on Monday, Apple acknowledged its relationship with Bromwich was “rocky at times,” but said it would continue to comply with its obligations.

The case, however, has not yet ended. The 2nd Circuit Court of Appeals upheld Judge Cote’s ruling that found Apple liable for conspiring in 2009 and 2010 with five US publishers to raise ebook prices.  Apple is considering whether to appeal that decision to the U.S. Supreme Court.