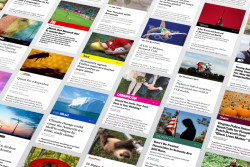 Following months of teasing and testing, Facebook announced today that it was making Instant Articles available for all Facebook-using iPhone owners. And while there’s no word on iPad users, FB has also said it’s rolling out an Android beta test starting today.

As I explained earlier this year, Instant Articles is Facebook’s next bid to capture more of your attention by hosting the news articles that users share with their friends. Rather than slowly load like an external webpage, Instant Articles are supposed to load immediately, thus saving readers both time and bandwidth.

Not listed here (but still very important) are the paid placement Instant Articles, or InstantAds as Techcrunch has named them. Do you know how FB will put unwanted posts in your feed if someone pays enough? The InstantAd is the same idea, only much flashier. They are “in-feed Facebook mobile ads that when tapped, immediately unfold a rich media marketing experience” which can be interactive and attention-grabbing.

Future Instant Articles partners will include The Onion, CNet, Hollywood Reporter, The Verge, Business Insider, and CBS News, but apparently Facebook is limiting the uptake so that the existing partners can work out all the bugs on the special features:

Not having an iPhone, I have yet to see any of these features. Have you tried it?

At this point I have the feeling that the hype outweighs the reality, but it’s hard to tell from outside the walled garden.