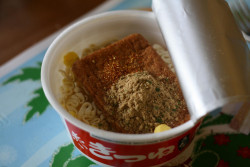 Facebook’s Instant Articles has been variously described as the next stage of media consumption or a great threat to news orgs survival. But based on early reports, there’s one thing that Instant Articles clearly are not: a money-maker.

Citing persons familiar with the matter, the WSJ reports:

The product is still in its infancy, but publishers including The Washington Post, New York Times and LittleThings.com are finding it difficult to extract as much revenue per article from Instant Articles as they do from pages on their own websites, according to people familiar with the situation.

That is because of the guidelines Facebook has laid down on the type and volume of ads publishers are allowed to sell. For example,only one “large banner” ad sized 320 x 250 pixels may be included for every 500 words of content. On their own mobile properties, publishers such as The Washington Post would typically include three or perhaps four of those ads alongside a 500-word article.

Facebook is also restricting the type of ads publishers may place in Instant Articles. It will not allow so-called “rich media” ads, the animated or interactive ads that appear across publishers’ sites.

But sadly, that is going to change. Michael Reckhow, Facebook’s Instant Articles product manager, told the WSJ that Facebook would allow more adverts per article andad types which were previously verboten. He hasn’t shared the specifics, but he did say that: “We’ve made numerous improvements to the advertising capabilities over the past few months and will continue to iterate based on publisher feedback to improve the product”.

Officially launched for all users of the Facebook iPhone app last month, Instant Articles lets news publishers and media companies publish content directly to Facebook feeds rather than posting links on Facebook to attract users to their websites.

Twenty publishers are currently participating in the program, which lets them sell adverts against their articles and earn 100% of the revenues, or 70% of the revenues from adverts sold by Facebook.