Many consumers are going to have a bad holiday experience once the credit card bills arrive in January, but for some the heartburn is arriving early.

ZDNet reports that Amazon is resetting passwords for some users in the US and the UK:

A number of readers told ZDNet they received an email from Amazon saying the company has reset their account password. The message was also sent to their account message center on Amazon.com, and Amazon.co.uk, confirming the message is genuine.

In the email, Amazon said it “recently discovered that your [Amazon] password may have been improperly stored on your device or transmitted to Amazon in a way that could potentially expose it to a third party.”

It adds: “We have corrected the issue to prevent this exposure.” The email said it has “no reason” to believe passwords were improperly disclosed to a third party but issued a temporary password out of an “abundance of caution.”

This being 2015, we all know by now that it’s SOP for companies to reset passwords in the case security breaches or even suspected security breaches. But it’s impossible to say exactly why Amazon pressed the big red button; the retailer has not returned an email for comment.

Did you get the email?

If you did, may I direct your attention to the XKCD cartoon on passwords, and its advice that a longer password made up of words is both more secure than a short gibberish password and more easily remembered.

And while you’re at it, you might want to also enable two-factor verification and gain an extra degree of security. 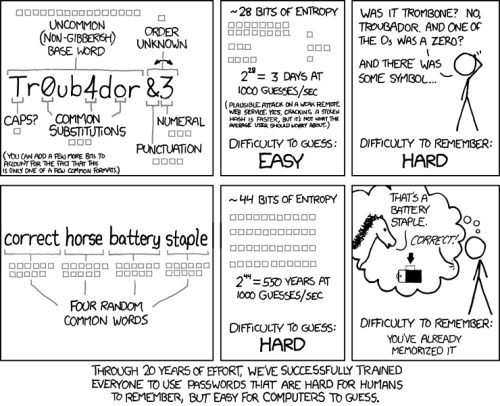