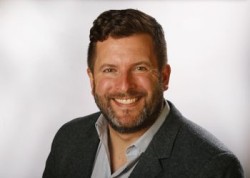 While many of us in the US are in a post-turkey stupor, Canada-based Kobo announced a minor reshuffling of its senior management.

Kobo announced on Thursday that Michael Tamblyn will be taking over as CEO of Kobo on 1 January 2016. One of the earliest employees at Kobo, Tamblyn became Kobo’s President in April 2014, shortly after Takahito Aiki stepped into the role of Chairman and CEO.

Aiki said: “I came to Kobo in February 2014 with a mission to work closely with the executive team to bring the company to its next level of sustainable growth on the global stage. We have done incredible work in the past 22 months and the discipline, innovative thinking, financial planning and customer focus are exactly where they need to be for success.”

Starting next year, Tamblyn will be taking over the role of CEO. Aiki will continue as the Chairman of Kobo, and he will also continue in his role as Managing Executive Officer of Rakuten’s Global eBook Business.

Under their leadership, Kobo has reduced staff, and cut costs.

Aiki added: “We have achieved dramatically improved financial performance and I have full confidence in the current executive to lead this company into the future. I very much look forward to working closely with Michael as CEO and as a partner guiding all of Rakuten’s digital reading properties, to extend Rakuten’s vision of global leadership in offering digital and internet services that connect people and empower society.”

In other words, Aiki will continue to run Rakuten’s ebook division, which consists of Kobo, Aquafadas, and OverDrive, the library ebook company Rakuten acquired in March 2015 for $410 million.

Tamblyn said: “I am looking forward to my role in ensuring our parent company, Rakuten, achieves its vision of enriching every stage of a reader’s life. Together with OverDrive and Aquafadas, we want the best possible reading experiences for schools, libraries, institutions, corporations and consumers, enabling readers to buy or borrow digital content anywhere in the world.”

In short, Rakuten’s turnaround specialist is still in charge of Kobo, a sign that the retailer is still invested in the ebook market.